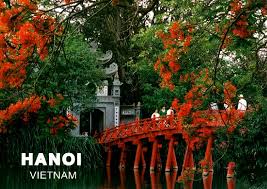 Whenever going far away from Hanoi, people always remember about Hanoi with the milk flower (hoa sữa) and the passionate scent of this flower. In the vast wind and the peace to tranquility of blue water of Ho Guom lake, the beauty of Hanoi is so charming and poetic. It seems that only one-yellow leaf falls down, all peace will be splinted on the ground and make everyone lead away in a state of stupor for regreting the beauty of rising dawn.

In early morning, when sunbeam starts falling in the roofs, in the grasses and the trees, Hanoi is suddenly illuminated by the sound and scenary of new day. With the moss-tile roofs, the old motley brick, Hanoi gradually appears through the fragile frog pervasive around the streets.

Literally, Hanoi means “the hinterland between the rivers”. (Ha: River and Noi: Interior). It has held that title for more than a thousand years, through several invasions, occupations, restorations, and name changes. Hanoi is the city in the river where has Red river rolls red waves to silt for the soil of the field for thousand years to  create the rice culture of Red River. Hanoi is crowed but ancient. On one hand, Hanoi offers scenic beauty and shadows of French-colonial rule in the city’s architecture. On the other, it is a city adapting it self to the mall and bar culture of cosmopolitan times. Nowadays, combining the appearance of many wide avenues, highway, hotels and office buildings with many of the historic vestiges make the beautiful appearance of the capital of Vietnam. And Hanoi is more and more attracted when people can accidently catch in the crowed and mordern enviroment peaceful old streets or quite old village like Nhat Tan, Quang Ba, Nghi Tam… 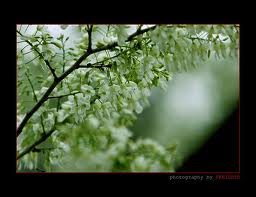 It is said that fall is the most beautiful season of Hanoi which made a numberous of artists leads away in the state of stupor. In autum, every paths of Hanoi seems to be inlaid with yellow leaves, West Lake’s water is as blue as sapphire-like, Nguyen Du’s street bursts into the passionate fragrance of milk flower…All these things pour in people’s soul and shake up every tone of emotion.

All these things make Hanoi become one of the most famous tourist attractions of Vietnam. In 1999, Hanoi was recognized The City for Peace by UNESCO.

Hanoi is considered as the city of lakes – the trace of ancient rivers, located on the banks of the Red River. All the lakes are the lungs of the city which play an important part in making the climate equable for all parts of Hanoi. 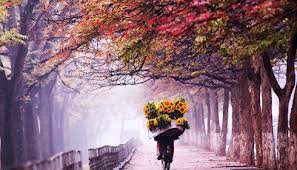 Hanoi experiences the typical climate of northern Vietnam, where summers are hot and humid while winters are relatively cool and dry. Under the climate classification, Hanoi features a warm humid subtropical climate. Lying in a plain, the capital of Viet Nam belongs to the delta region of Red river and far form sea, it features of hot climatic zone under the influence of South and Northeast monsoons.

The summer months from May to September receive the majority of rainfall in the year (1,682 mm rainfall/ year), and the average temperature of 29,2ºC. The winter months from November to March are relatively dry, although spring then often brings light rains. The minimum winter temperature in Hanoi can dip as low as 6–7 °C (43–45 °F) not including the wind chill, while summer can get as hot as 38–40 °C (100–104 °F).

Autumn is the most beautiful season in Hanoi. There is something unique about Hanoi’s Autumn. The weather is perfect with less humidity in the air. The temperature would drop by now, offering people a chance to take out their fleece and jackets. Moreover, there is this type of tree – “cay hoa sua” which only has flowers in Autumn. The flower has a very distinct smell. If you have the chance to visit Hanoi during Autumn, make sure you ask the local people about this type of trees and where you can experience their distinct aroma.

During the transition months of April and October, the weather becomes unpredictable as you should be prepared for anything. Hanoi is most pleasant from February to April and September to November avoiding the heat and the rain. The official peak season in Vietnam is from September to April. This is the best time to visit Hanoi

Although the Vietnam transportation is rather chaotic as said by some travelers, it is where you can experience a number of different things from other continents, even those who come from Asia. A mass of motorbikes swarms through the tangled web of streets that is the Old Quarter, a cauldron of commerce for almost 1000 years and still the best place to check the pulse of this resurgent city.

This is the best way to to travel long distances and you can catch one whenever in the road. Futhermore, the fee for taxi is quite reasonable.

Hanoi’s traffic is chaotic, with seemingly perpetual traffic jams, and a large number of almost suicidal motorcyclists and pedestrians. As such, driving yourself around is not recommended, and you should leave your transportation needs in the hands of professionals.

Motorcycles or bicycle can be rented for around US$5-6 a day, and can be arranged by most hotels. This is good for making lots of trips around the city for individuals or duos.

Pick up a map with printed bus lines at the Trang Tien street and spend a few minutes to identify the over 60 bus lines, find your bus stop, wait for the bus, pay 3,000 dong and off you go. If you are unfamiliar with the city, make sure to inform the conductor where you want to get off.

This is one of the speciality of travelling in Hanoi. Travelling around Hanoi by cyclo is an awesome way to explore and enjoy every corner of Hanoi.

Motorbike drivers can be found on virtually every corner, especially in the Old Quarter. Expect to be offered a ride every half-block (or more). You should absolutely negotiate a fare in advance, and again, turn around and walk away if you don’t like their offer.

The capital of Viet Nam is a great place for shopping. There are lots of things to buy at very reasonable prices. Hanoi has established itself as a major shopping destination in Asia. If you are looking for silk, fashions, bespoke tailoring, embroidery, handicrafts on shopping in Hanoi, you won’t be disappointed.

The city also has a good range of day and night markets, both indoors and outdoors and you’ll find that night markets are more of a social than shopping occasion but that doesn’t preclude finding bargains at night.

Clothes: The lustrous silk items make Hanoi a shopper’s paradise. 36 streets in the Old Quarter offering silk products is frequented by shopping junkies and is being named as Hang Gai or Silk Street. The place is also rich in souvenirs and antiques.

Ethnic Minority Products: Vietnam has more ethnic minority groups than any other Asian country (about 54). Most of them hail from mountain villages in the north. Each has their own style and colours of clothing, with distinctive embroidery and weaving patterns. With the surge of tourism, many of their handicrafts and clothes are now sold in craft shops, especially in Hanoi.

Galleries: If there’s one thing Hanoi has no shortage of it is art galleries and most are conveniently located in the old quarter– most situated on Pho Trang Tien, between Hoan Kiem Lake and the Opera House.

Souvenirs in Hanoi: T-shirts, bandanas, wall hangings, tribal handicrafts and weavings – they’re all to be had downtown old quarter Hanoi. 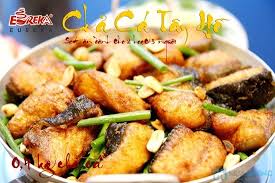 Night. Hanoi seems to put on herself a new shirt with the chilly autumn wind, the silent of the city, the sound of bamboo brooms on the pavement and the sound of the trees rustling in the breeze combined with the scent of “hoa sua”  middle of the night. Sweet aroma of a hot bowl “pho”, the smell of onion from the chicken soup are all attracted tourists at night.

Hanoi‘s local cuisine is some of the best in Vietnam, and the finest local dishes are served at small one-dish restaurants, usually just open-air joints at street side, where you might wonder why there’s a line out the door. To Vietnamese, it’s about the food, not the atmosphere. Some of the best meals in the capital — or anywhere in Vietnam, for that matter — are eaten on squat stools with disposable chopsticks. Hanoi is known for “Pho”, noodle soup with chicken or beef , “Chả Cá Lã Vọng”  fish and vegetables are fried on hot pan and eaten with Bún noodles, peanuts and sauce, “Bún Chả” noodles with pork barbecue and Nem (spring rolls). Visiting Hanoi are incompleted without eating “com”. The fragrance of spring rice flake is disseminated in small alleys in Vong Village. Com Vong wrapped in a green lotus leaf is delicious with the flavor of young glutinous rice.