Duyet Thi Duong is considered the oldest theater in Vietnam, built under King Minh Mang, has been restored to put on tour.

Afternoon the 30th of March, Conservation Centre for Hue relics was inaugurated the exhibition space and launched art performances at the relic Duyet Thi Duong (Hue Citadel), to serve visitors to the palace . 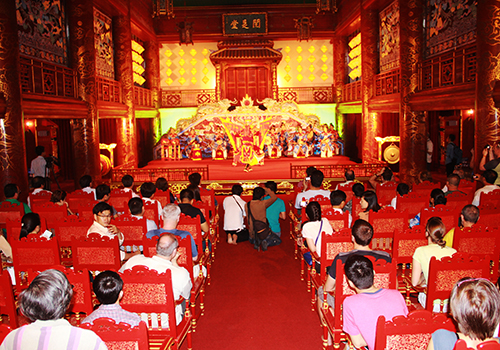 Duyet Thi Duong Theatre (Hue Citadel) is located inside the palace of Hue.

Duyet Thi Duong was built in 1826 during the reign of Emperor Minh Mang. This is the theater of the palace where the king and the royal family enjoyed the traditional art forms, especially the ancient art of opera and art performance on the visit of foreign ambassadors. 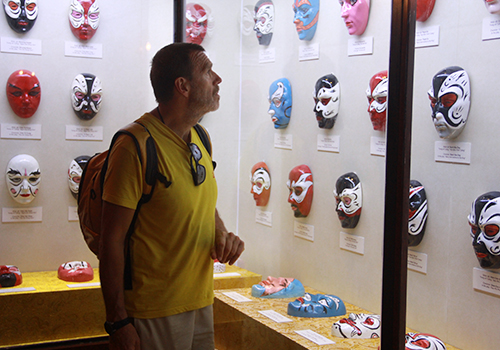 Many international visitors enjoy watching opera masks that are used for opera performances.

After nearly 200 years, under the impact of the harsh nature and the ravages of war, theater Duyet Thi Duong was badly damaged, restored, and repaired several times.

In addition to traditional music activities, tourists can admire many pictures, costumes, musical instruments, opera masks, with many relevant documents under the Nguyen dynasty.

On the 30th of March, Conservation Centre for Hue relics was also inaugurated and put into operation.