Also called “Tết giết sâu bọ” (literally translated as Festival for “Killing the human’s inner worms”), Tet Doan Ngo is one of the most significant celebration of Vietnam.

Occurring annually on the 5th date of the 5th month in Lunar calendar, Tet Doan Ngo derives from the fact that farmers, on this day, get rid of all pests to start growing their crops for the new season. Therefore, creatures and people must become stronger in both their health and their souls to overcome this. On this occasion, the whole family have to get up early and eat fermented sticky rice and fruits. The worshipping is held at noon, hour of Ngo, which is exactly 12PM. The tradition of eating dumplings, especially lye water dumplings, extends from the belief that the dumplings will cleanse one’s body of any unwanted “parasites”. 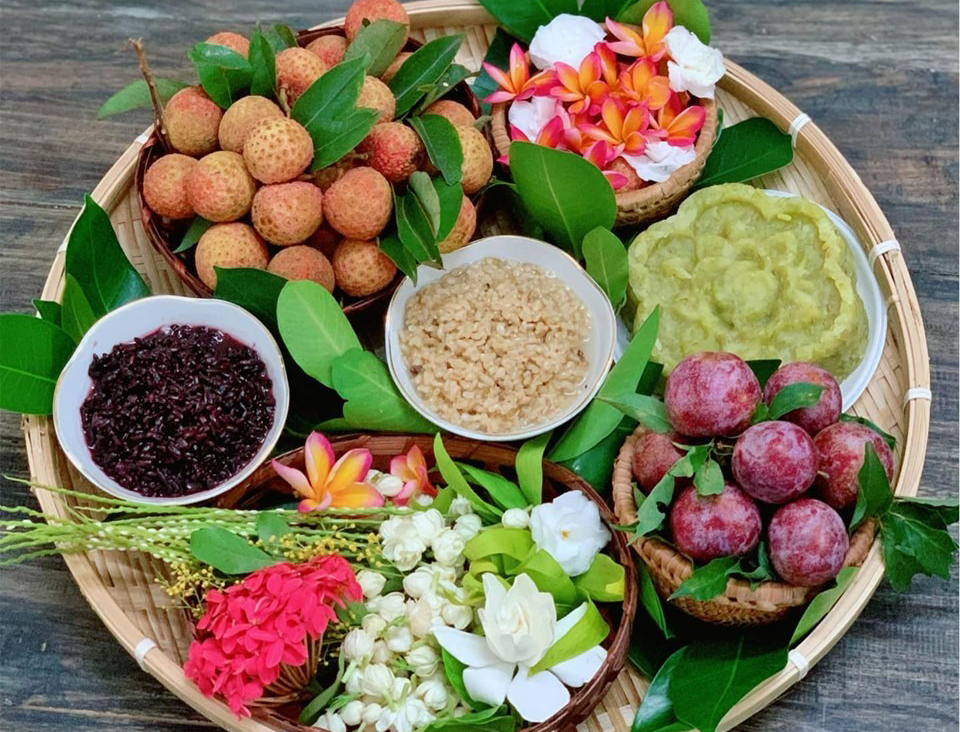 The two traditional types of food to be eaten on this holiday are Banh U and Cai Ruou.

Banh U is made from sticky rice wrapped in banana leaves into the shape of a pyramid. They are often stuffed with beans and banana leaves’ essence, creating its dominant flavor. 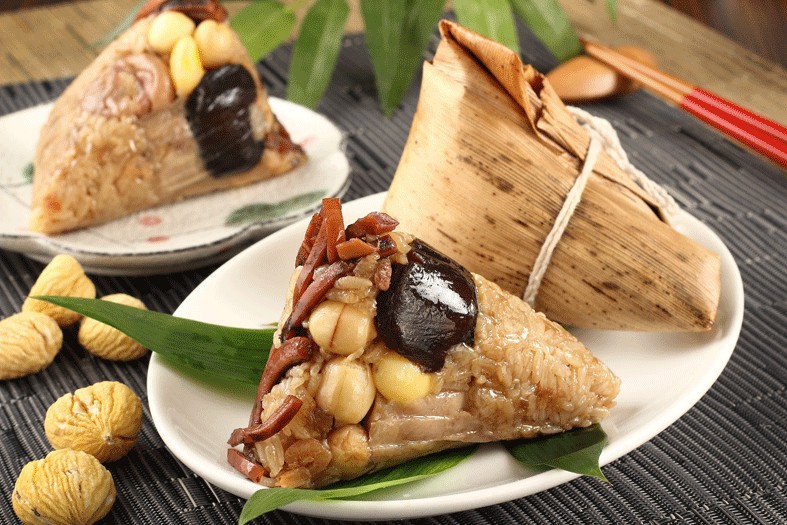 Banh U for Tet Doan Ngo

Cai ruou is the fermented sticky rice, which is the left part of the alcohol production. It is associated with the myth telling that on upon a time, there were two orphan brothers living together in a small village. They were popular among the locals for their intelligence and kindness. Also, in that village, there were two snakes Thanh Xa (The Green snake) and Bach Xa (The White snake), which after long lives, turned into spirits.  Falling in love with the brothers, they transformed themselves into beautiful ladies to lure the men. Their desire soon became true, Thanh Xa got married the older brother and Bach Xa the younger. 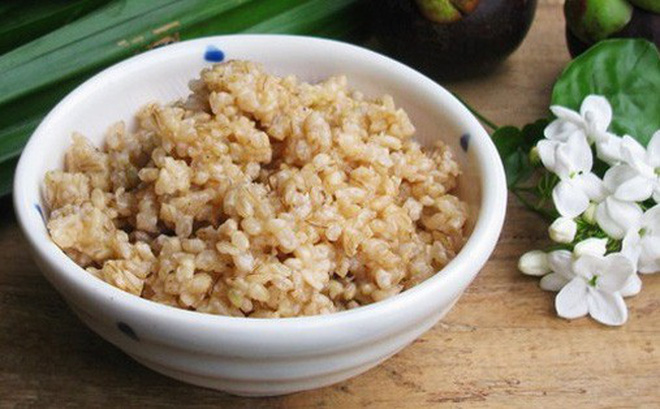 They lived happily together until the men grew unhealthy each passing day, scared of daylight and lived in festering darkness. The locals suspected the presence of a bad spirit, and one day, luckily, a Taoist hermit passed by the village. After being told the affliction, he conducted some spirit type tests and found out that the men’s house had a case of the evils. Brewing a alcohol potion, he told the locals to feed it to the men. The brothers must eat the potion’s solids and liquids in the early morning of the next fifth day of the fifth lunar calendar.  As soon as the men tucked into their special breakfast, their wives were turned into their real appearance of snakes, before disappearing in a puff of smoke, freeing the brothers.  Since that day, people have eaten “Cai ruou” on Killing the worms Day, in the hope of driving away bad spirits. 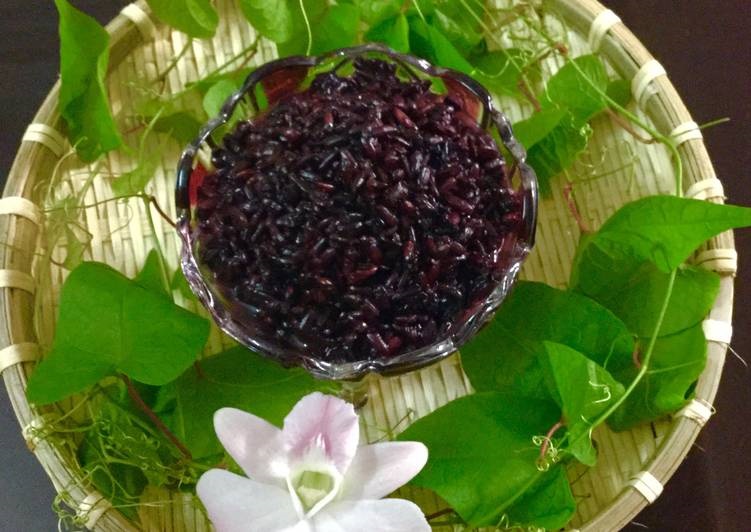 How to Make It?

The process of making Cai ruou is not quite complicated but time-consuming.  In order to have good cai ruou in Tet Doan Ngo, the famers must harvest the reaped rice from a paddy, dried and pounded carefully to keep the most nutritious part of the rice. At first, the rice is steamed twice for about 30 minutes and left for a while to get cool. After that, It is mixed with yeast, before being left for two or three days to ferment, depending on the weather.  Com ruou is eaten early on this day to fight the “worms” in one’s stomach. 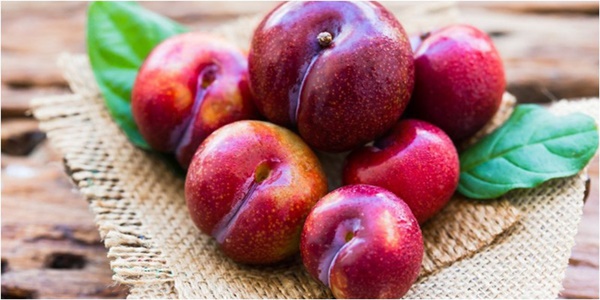 Just try it, you will see that Cai ruou brings you a strong and quite delicious taste. In the Vietnamese traditional concept, Cai ruou can kill any parasites in the body. Vietnamese people, from adults to kids, mostly like eating cai ruou, yet, adults are more inclined to gain its curing effects with a grain of salt.

Beside Banh U and Cai ruou, people also add into their Tet Doan Ngo menu some kinds of seasonal fruit like plums and litchi. 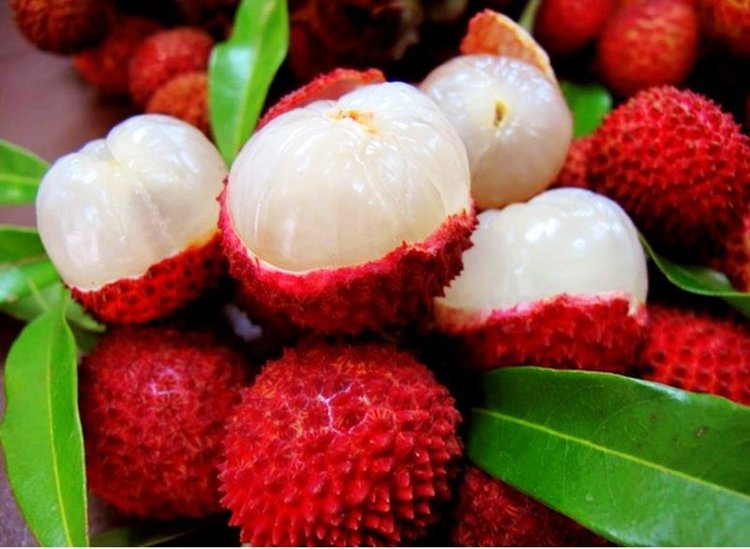