According to legend, Giong Saint was born in Phu Dong commune, Gia Lam district, Ha Noi. Today, this place still has sacred wells that are associated with interesting stories. 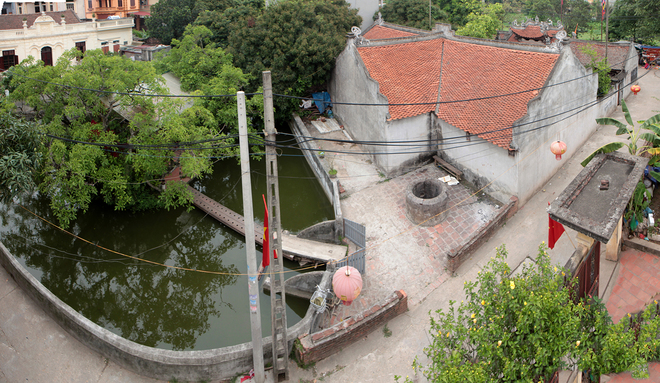 First, it must be mentioned to Mieu Ban well (Ban village, Phu Dong), the well is situated behind the temple where worships Mother Saint. There is a mound of 30 square meters in the middle of the well and surrounded by old trees. 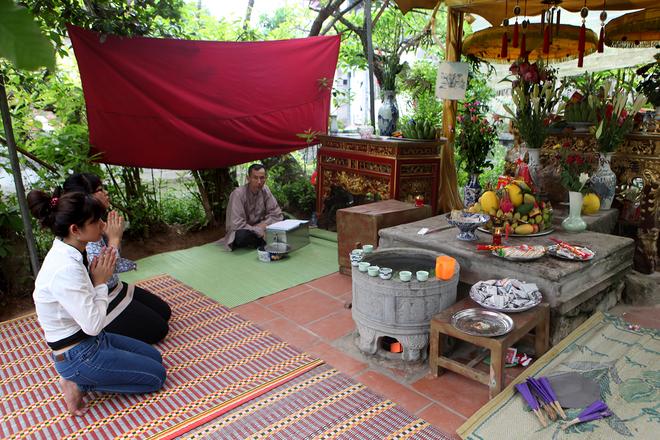 Today, local people organize worship rituals at the mound. As the legend, Giong Saint was born and bathed in this well. In the Giong festival, crowded pilgrims come here. 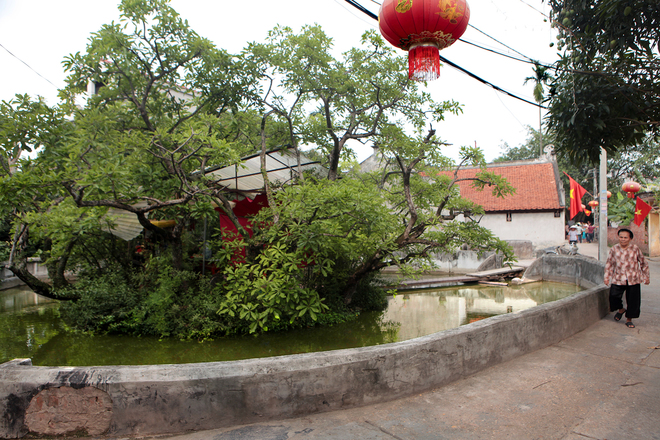 Ms. Thang, 74 years old, in Ban village said: “as ancient stories, Giong Saint was born and grown up in this village; hence when the Giong festival takes place, only people in this village are allowed to play role of General. The well supplies fresh water for the whole village. When I was young, I usually took water from this well for daily activities. Villagers also dug a small well next to this well.” 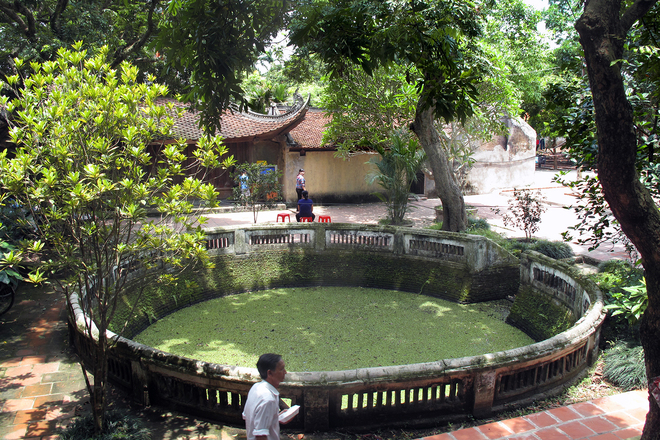 Two Dragon’s eyes wells are situated in an area of Phu Dong temple (Giong Saint temple). Mr. Dinh Minh Tinh- deputy manager of the relics said: “The temple was built on the ground of Dragon’s forehead. Two wells are two eyes of a dragon. A well was built with brick around and another is still a small pond. At the current time, we encourage pilgrims and Buddhists save money and restore the wells.” 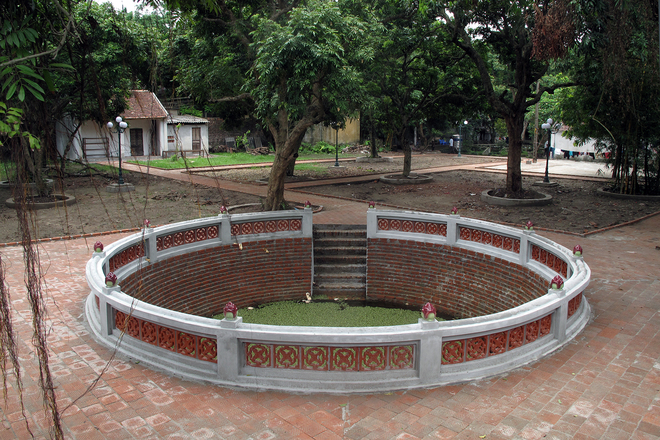 Mr. Tinh added “Thuong temple is situated in a sacred land which helps nation peaceful and people peace of mind”. 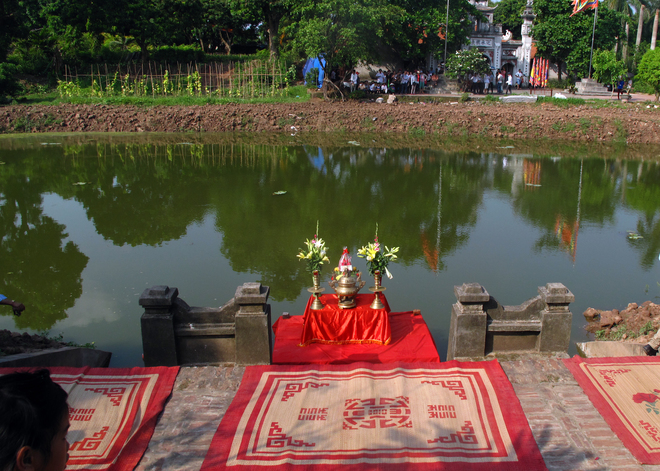 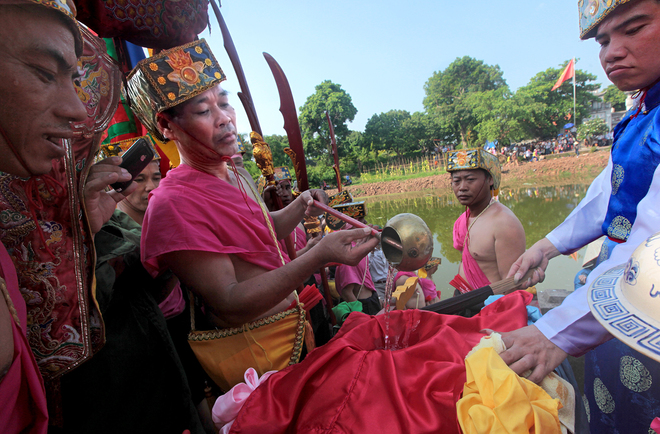 A team of local people stands in two lines along steps down to the well. 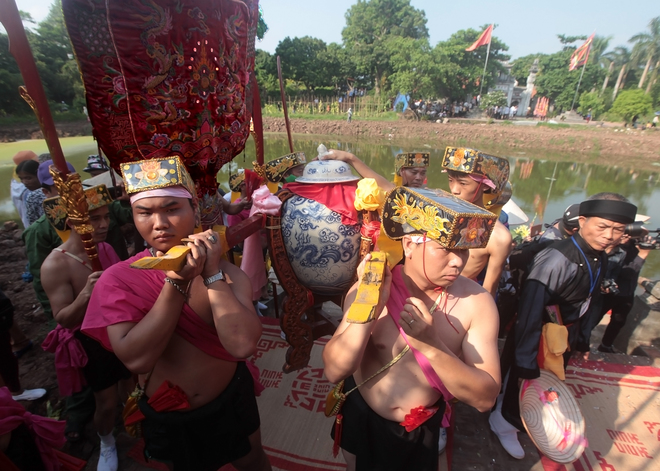 The ritual starts with a couple of sacred jars placed on the edge of the well. Water will be poured into the jars and all steps follow the behest of drums and gongs. 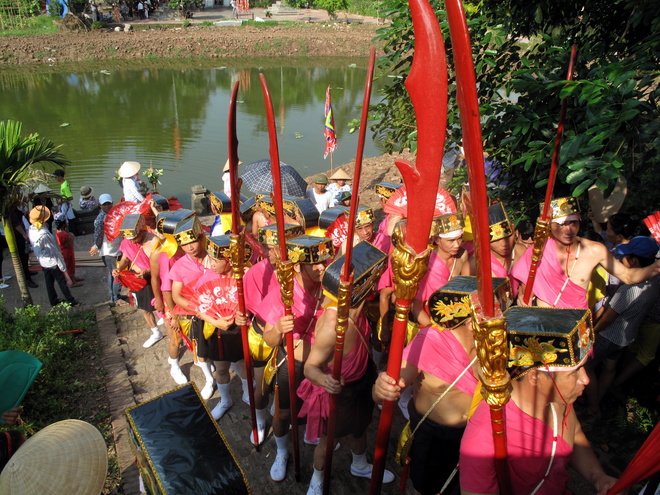 And then, participants take such these jars back to the Thuong temple. 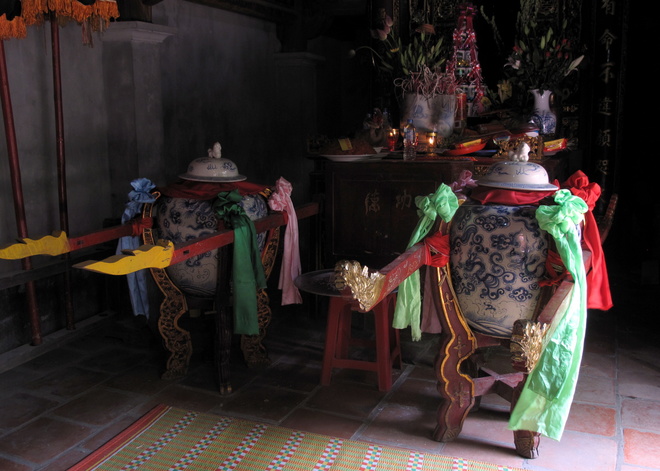 The water in the jar is placed on the altar of Giong temple. 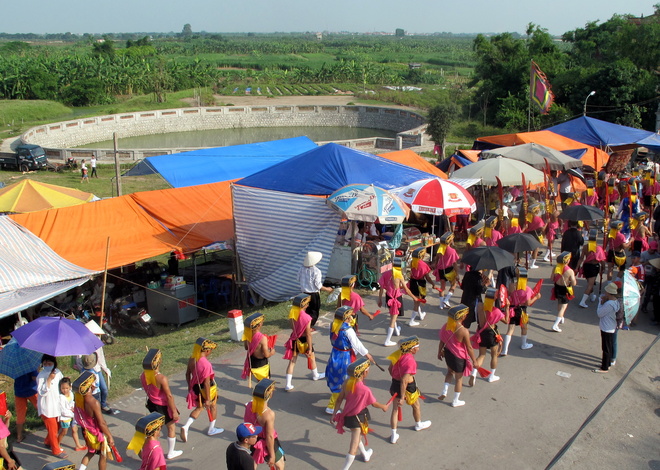