Hung Kings Temple Festival (Gio to Hung Vuong) is one of the most important national holidays in Vietnam to commemorate Hung Kings who had built the country at its early stage. The festival strengthens the importance of a long-standing philosophy in Vietnamese culture: “when you drink water, remember the source” (Uong nuoc nho nguon).

Annually, the festival begins with a lot of cultural activities in several days before a main ceremony held on the 10th day of the third lunar month at Hung Temple, Nghia Linh Moutain, Phu Tho Province (North of Vietnam). With its special values, the worship of Hung Kings in Phu Tho was officially recognized by the UNESCO as one of the Intangible Cultural Heritages of Humanity on December 6th, 2012.

The ceremony is solemnly held with the presence of government leaders, village elders, villagers and tourists. The procession is led by a glorious palanquin with offerings consisting of “Le tam sinh” (a pig, a goat, and a cow), Banh chung (square glutinous rice cake), Banh day (round glutinous rice cake) and colorful sticky rice. The “Senh tien” traditional dance of Mong people is also a special part of the festival. 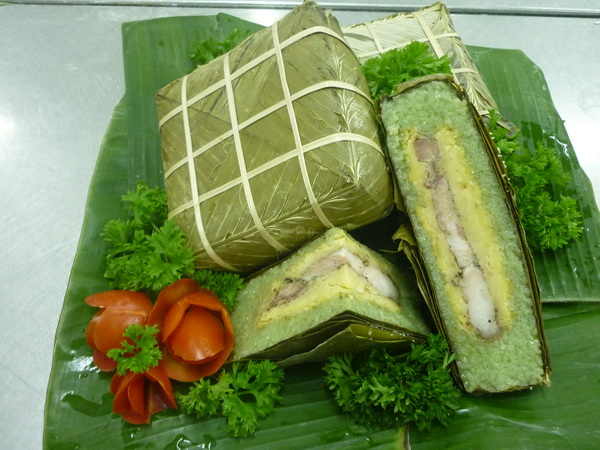 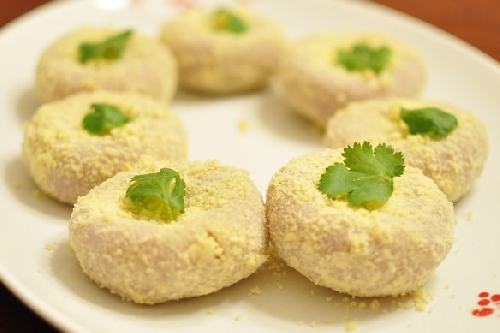 In the early morning of 10th March, incense-offering ritual is carried out by leaders of the nation, representatives of Phu Tho province as well as representatives of other provinces. Next is the turn of village elders and finally other people. 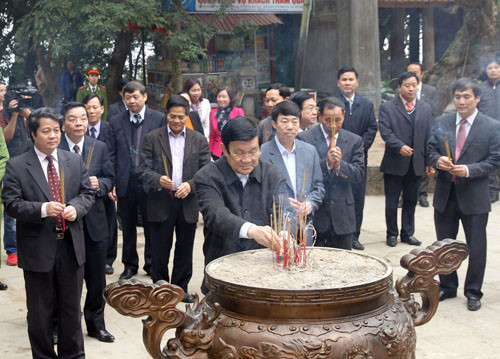 A huge procession starts at the foot of the mountain, consisting of pilgrims, xoan classical song performances, and ca tru classical operas at several temples along the way towards the main Hung Temple.

Lavish palanquins in the competition with the participation of surrounding villages creates convivial atmosphere for the festival. 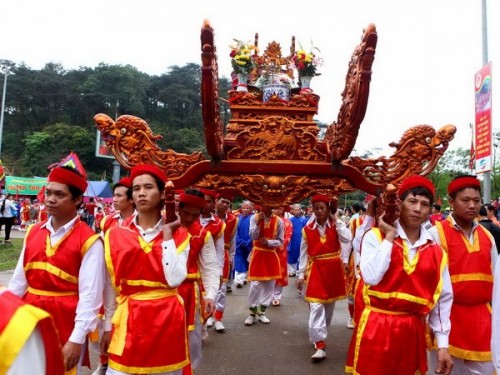 Procession to the Upper Temple for the solemn ceremony (Photo: Internet)

Hat Xoan is one of the most unique and important rituals in the Hung Kings Temple Festival. Legend has it that Hat Xoan has been handed down from generation to generation since the time of Hung Kings. 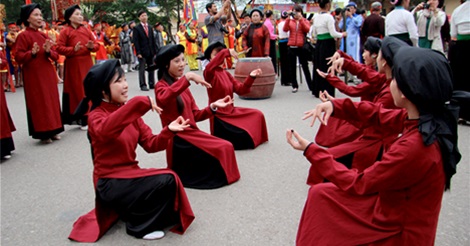 – Folk games: wrestling, nem con (throwing a colorful ball through a circle on the top of a high bamboo tree), du tien (swing a high bamboo swing), and cockfighting. 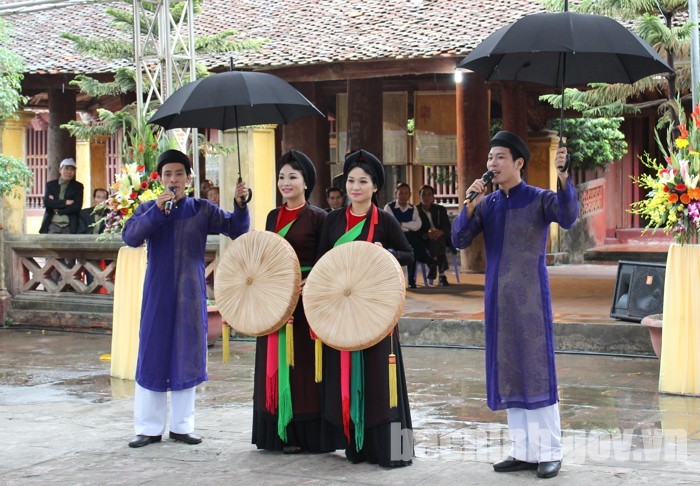 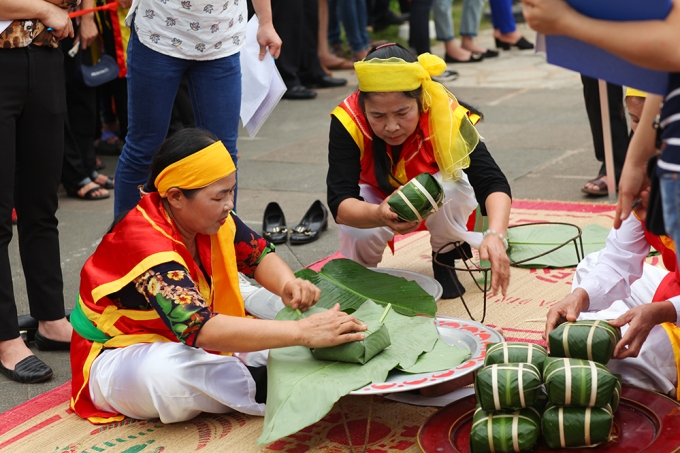 In conclusion, the Hung Kings Temple Festival has played a crucial part in the spiritual lives of Vietnamese people. The worship rituals of the Hung Kings are closely related to the ancestral worship traditions of most Vietnamese families. It demonstrates a strong desire for national prosperity and symbolises community spirit. Coming to the festival is a deeply rooted custom in the minds of Vietnamese people in and outside the country.