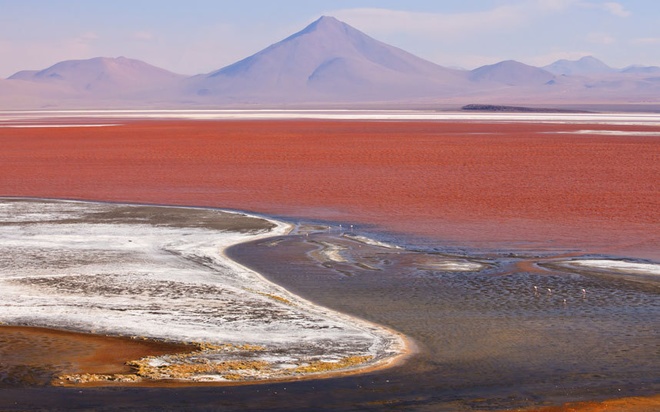 From watercolor to the impressive formation of rock, Salar de Uyuni, Bolivia became the most extraordinary destination in the world. It is the largest salt plain in the world and was formed from many ancient lakes. 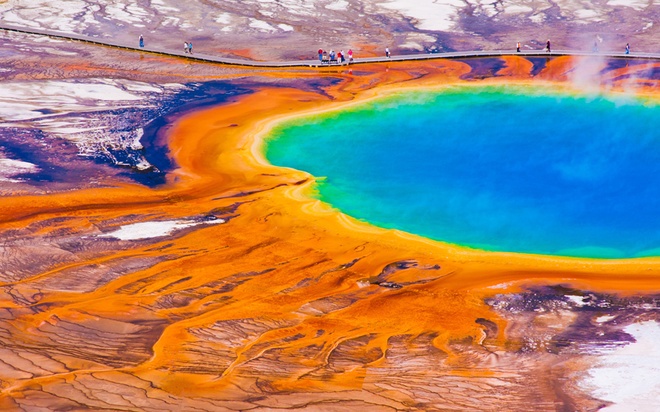 Stretching 76 m, Grand Prismatic is the largest thermal pool at Yellowstone National Park, US and third largest in the world. Arrays of green algae inside the lake form into circles, followed by yellow color of a bacterium, then shift to orange and red in outer circles. 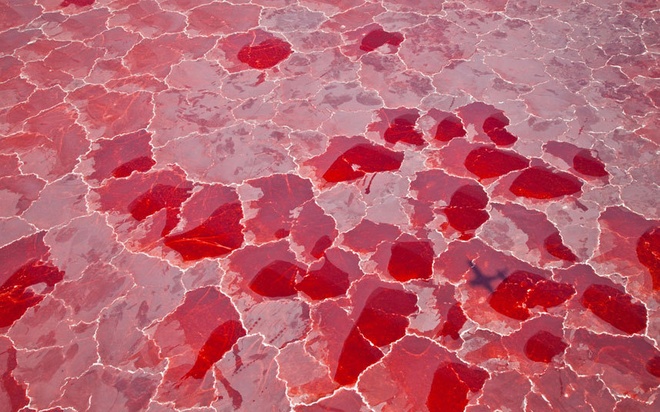 Many people believe that the lake Natron, Tanzania looks like the Mars. It also is known as the lake of death, due to the high salt content. 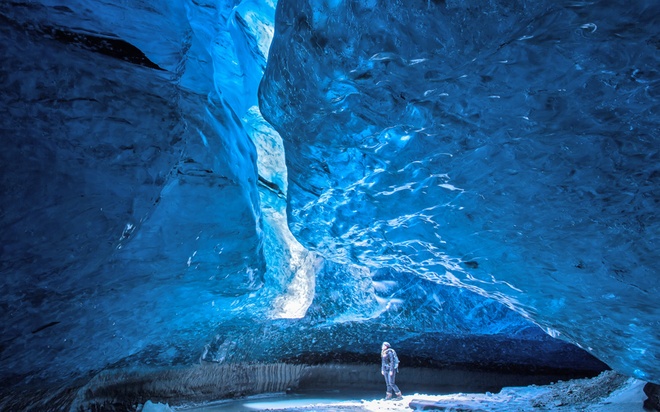 Mendenhall Glacier cave in Alaska is famous for spectacular blue color that has made it a desirable, albeit difficult, spot to visit. 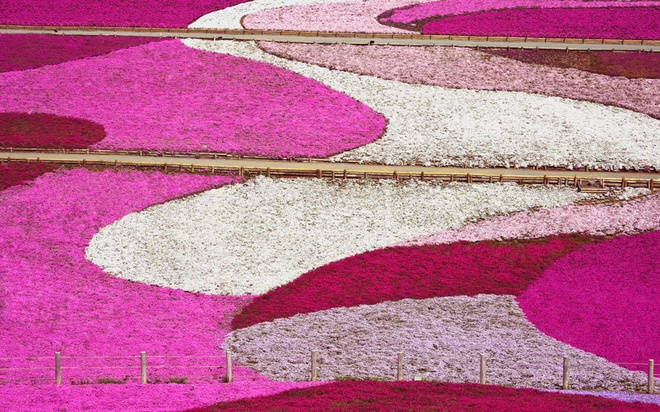 Shibazakura Hill is located in the park Hitsujiyama, viewing toward Chichibu city. There are about 400,000 roses, 1,000 cherry trees in blossom in mid-April and May on the hill of 17,600 square meters. 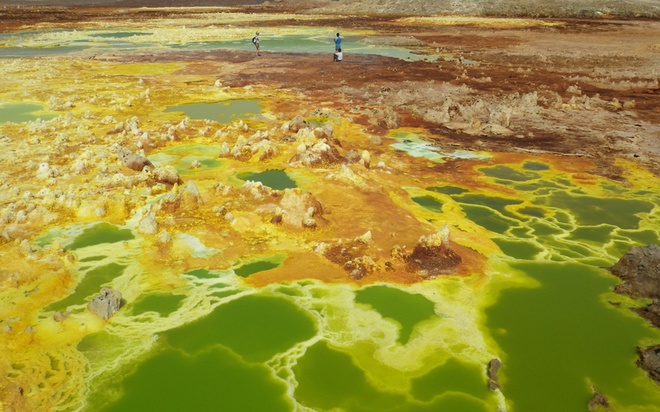 Dallol, Ethiopia lies below sea level of 116 meters and the highest average air temperature in the world, 34.4 ° C. Pass the salt plains, tourists will reach Dallol volcano, the lowest place on earth. 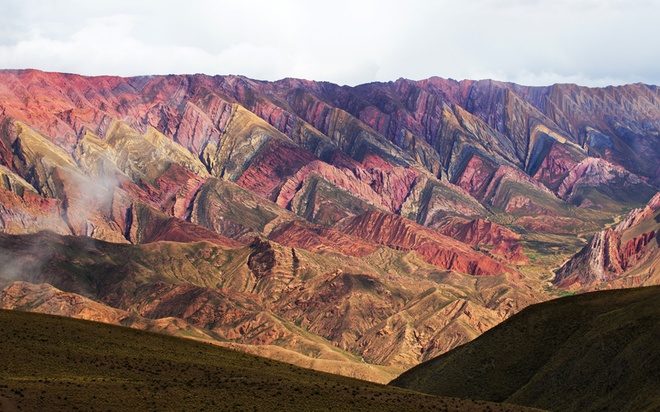 Quebrada de Humahuaca Valley is a world heritage in Jujuy, Argentina. The area is inhabited by residents during at least the past 10,000 years. Rio Grande River runs through the valley during the summer. 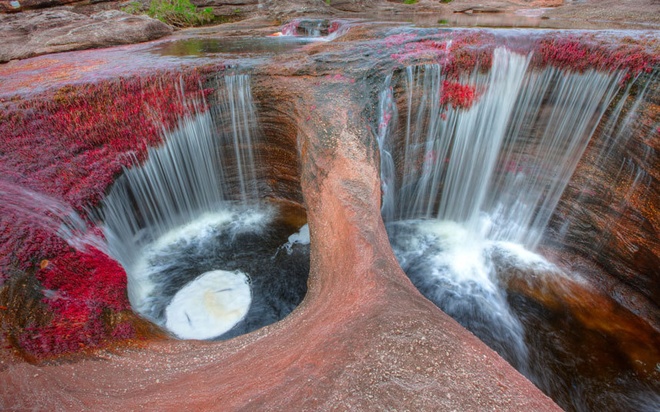 Cano Cristales is a famous river of Colombia and in the world with red water line as a result of a marine alga. However, on in mid rainy season and dry season when the river has a stable water level, people can see the brilliant color of alga as they proliferate. 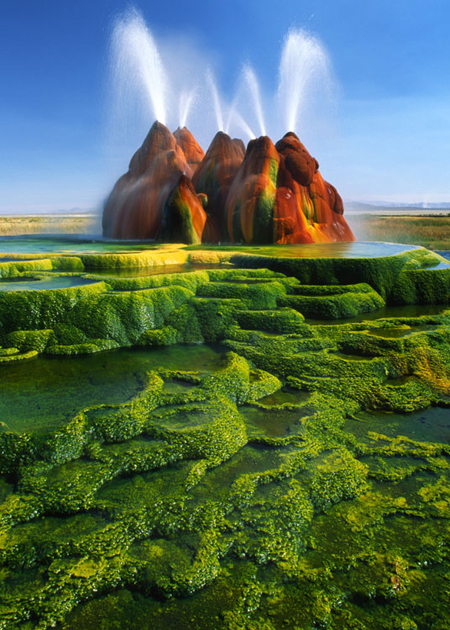 Water circuit in Nevada, the US is said to be the result of drilling exploration that took place in mid-1960. Its color is derived from a kind of alga that thrives in high temperatures.