Vietnam’s food is one of the most fascinating parts of the country’s culture. However some of the dishes are seen weird and even adventurous tourists find them hard to try out.

Blood pudding in Vietnam this dish is named as Tiết Canh. The main ingredient of this pudding is animal blood. The animals used to make it include pigs and ducks. The raw blood is collected in a bowl and then mixed with fish sauce to prevent premature coagulation.Now once the blood is set, like a jelly cake, minced cooked meat and organs are added into the bowl with peanuts and herbs such as coriander, mint, and pepper, along with spicy chili. These ingredients will create a really beautiful layer on the top of the jelly-like blood, just like a pizza. 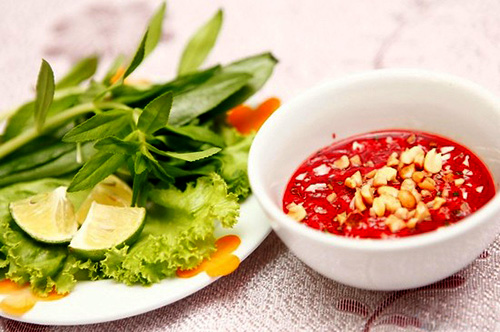 Shrimp sauceThe main ingredients are shrimps and salt. Many find shrimps to be a delicacy but can you imagine fermented shrimp? The fermenting of the shrimps gives a foul smell that many can’t stand. Also the idea of eating a meal with fermented shrimp paste sounds so awkward. The paste is served with various dishes such as fried tofu and white noodle . 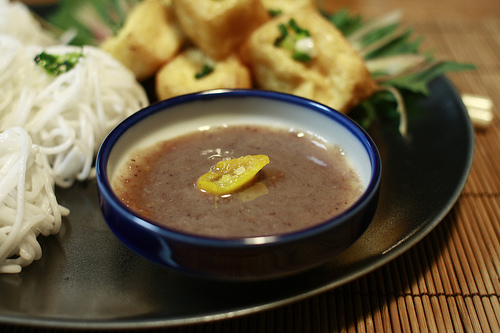 Balut – Trung Vit LonThis is one of the famous dishes in Vietnam. Nevertheless, it’s also in the top 10 horror foods on the planet. This dish is made from the duck egg when it’s still on its embryo stage. Can you imagine the developing dark image and small feathers? Fetal duck egg is a nutrient-dense food. It contains a lot of vitamins (A, B, C) and vital minerals (protein, lipid, calcium, and phosphorus). In Vietnamese traditional medicine, balut is thought to be good food for the brain and blood. Balut is offered at the street kiosks and also small restaurants all over the country. 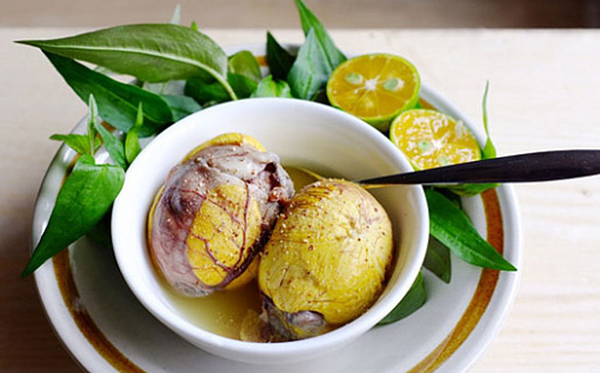 Peanut worms, sa sungThe peanut worms have a scary look by just seeing it served. The dish is made of peanut worms which look just like other worms but are slightly bigger. The worms mainly consist of sand innards as they are found in caves. They are served by being grilled to become crunchy, soft but also tough and have a unique taste. 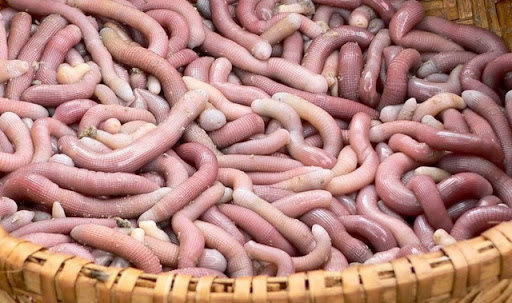 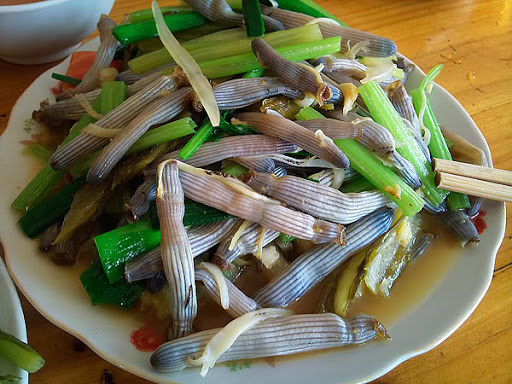 The coconut beetles are mainly found at the coconut stems. At the southern part of Vietnam, the coconut beetle larvae are eaten alive with fish sauce. They can also be grilled, fried, boiled or cooked with rice. Coconut worm is most yummy when it is still alive. It will surely be a little scary at first glance because the worm will still be moving in between your chopsticks. 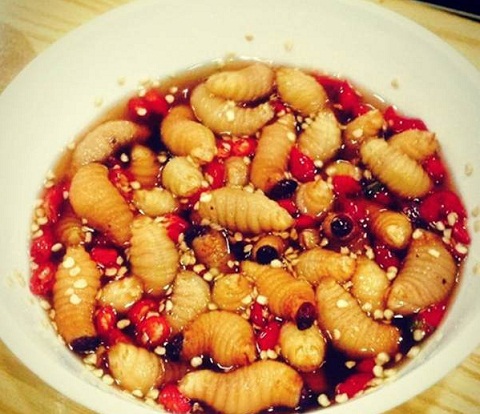 The types of edible insects vary from grasshoppers, bee larvae, and white crickets to scorpions.

But why insects? Are we running out of food or is there any particular reason to eat these bugs? Lately, the United Nations has recommended people to consume insects instead of meat as it is a great source of protein, fat, and vitamin. In fact, it might sound weird but very healthy to ingest. 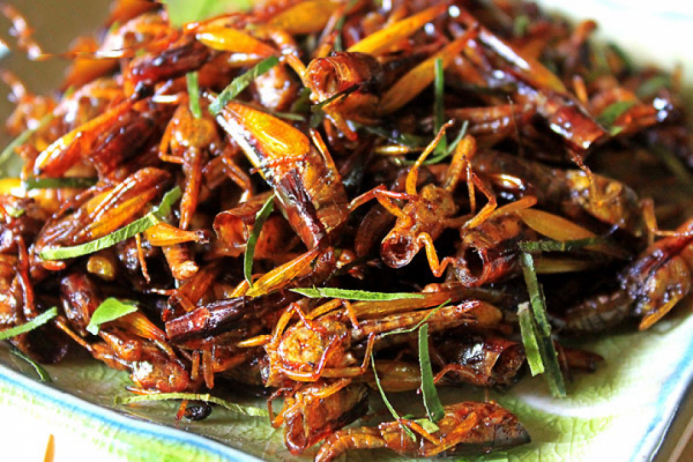 Rat is another food that makes its home in the fields of the Vietnamese countryside, especially in the Mekong Delta. Only the rat that eats the rice of the rice paddies is good for cooking. The farmer will skin it and then grill, steam, deep fry, or make curry with this little rodent.
Maybe eating rat sounds a bit odd but it is very tasty. The rat meat is soft yet chewy, many people claim that it tastes better than beef, pork, or chicken. 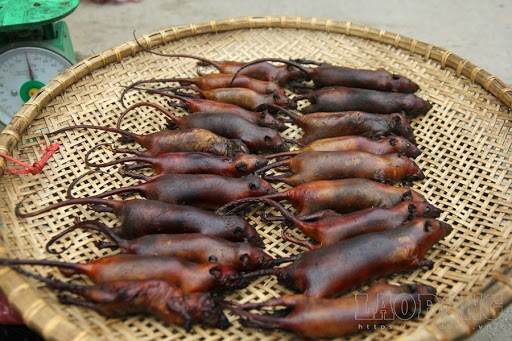