Cyclo known means of passenger and cargo transportation has appeared in Vietnam for a long time. Today cyclo is very own unique culture in Vietnam that foreign tourists do love. Sitting on a cyclo through all corners of Old Quarter street, sightseeing, just breathing the fresh air and taking pictures leave lasting impression in the hearts of foreign tourists. 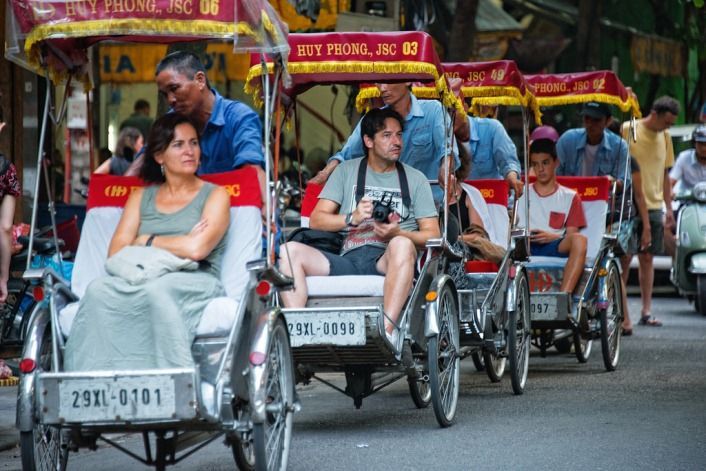 The word cyclo was started from the French language that was named by a French man- Coupeaud invented in 1939. To promote new means of transport, Coupeaud held a 200- kilometer journey with cyclo running from Phnom Penh to Saigon. 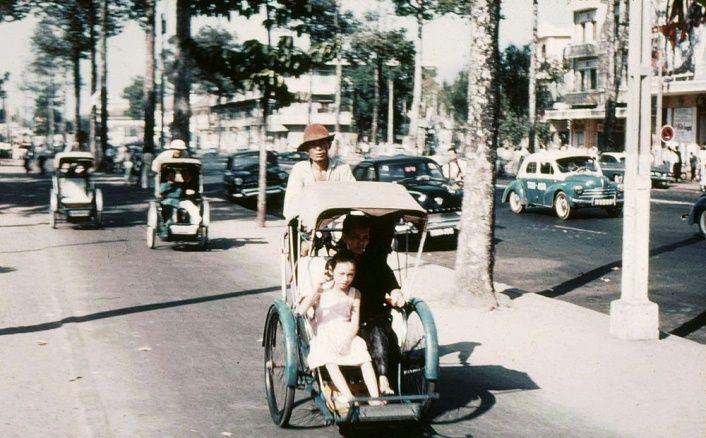 Cyclo is a popular mean of transportation in those days in Saigon.

Cyclo is considered an innovative product that was ungraded from the pull cart in the 18th century. The pull cart also includes a container and two wheels but pulled by human force. In the early 1960s, in Saigon appeared electronic cyclo with 2 engines and components and engines of the Peugeot motor car company imported from France, type 125 cc, petrol fuel. 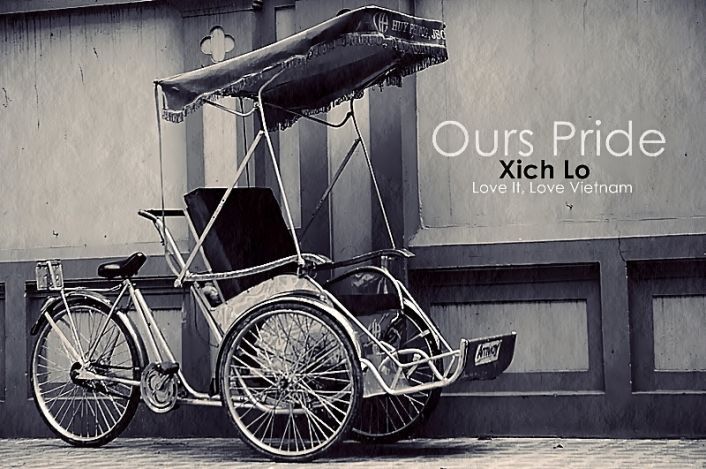 Cyclo is a common mean of transport in major cities in the old days.

Appeared in 1939, the cyclo was a popular vehicle of the Vietnam people in the old days. In the early 20th century, only the aristocracy and the wealth were eligible for using cyclo to large cities such as Saigon, Hanoi and Hue. 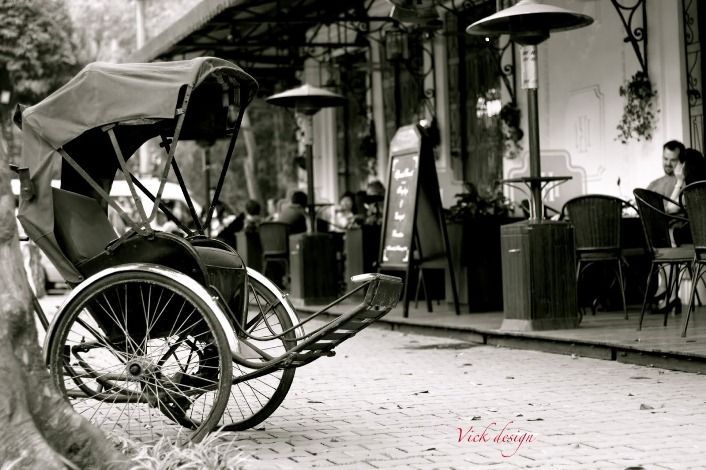 That picture of cyclo was slowly rolling is the familiar image in the hearts of Hanoi people. 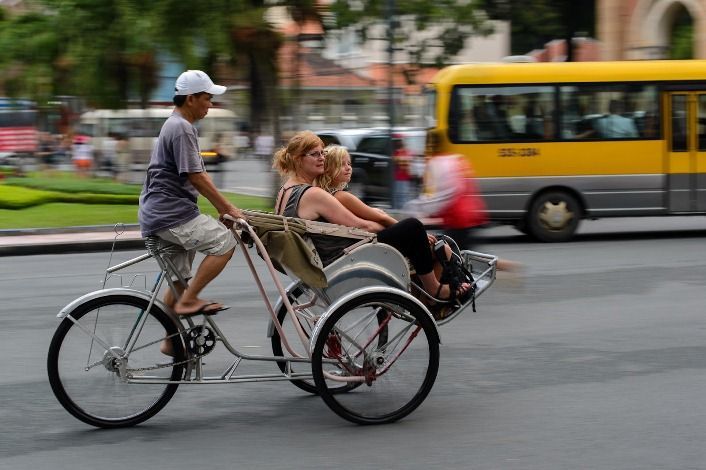 Visitors to Vietnam should once experience cyclo on the streets.

The famous tourism website Lonely Planet specializes suggested for tourists to experience once cyclo for sightseeing while in Vietnam. According to this page, cyclo vehicles often appear near major hotels and cyclo drivers can communicate in English at a basic level, such as greetings, directions, chat and charge fee. 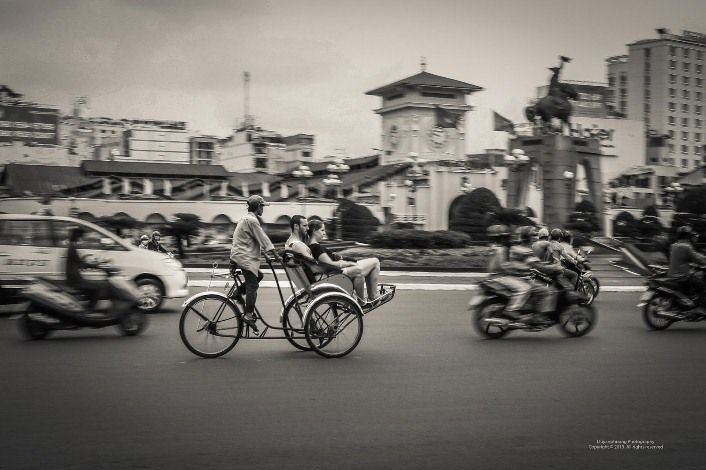 Cyclo today has become a vehicle imbued with the traditional culture of Vietnam, apart from serving travel needs of the people, cyclo still goes into the history of Vietnamese tourism industry as well as shows a unique creativity in festivals and wedding parties. 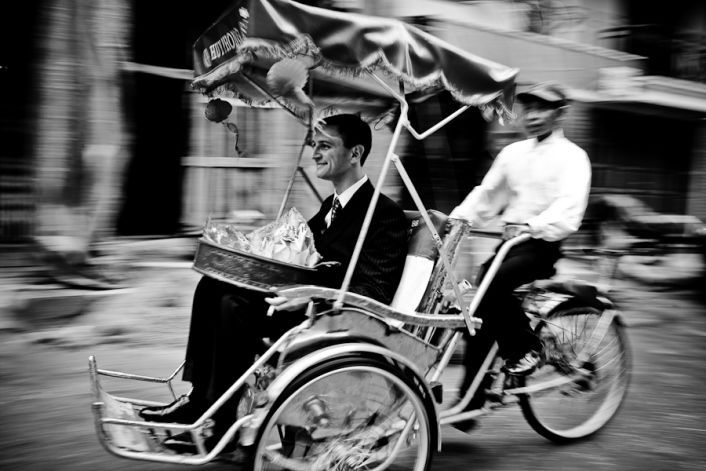 Foreign bridegroom sitting on a cyclo picks his bride up. 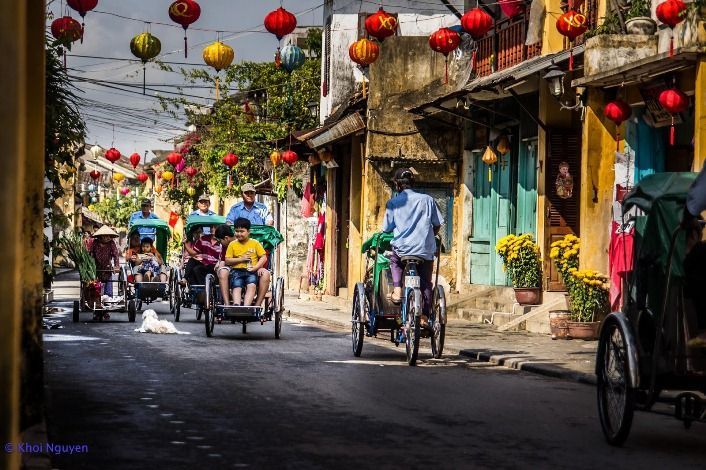 Cyclo in the old town Hoi An

Cyclo is a priceless gift of traditional culture that the history bestowed the Vietnam country.