The chef of New Zealand nationality, Bobby Chinn has been pointed as the Vietnam’s tourism ambassador in Europe.

On July 17 in London, England, the Ministry of Vietnam Culture, Sport and Tourism together with Vietnam embassy organized a launching ceremony and decide to point Mr. Bobby Chinn as the Vietnam’s tourism ambassador in Europe. He will take this role in three years, from July 2014 to July 2017.

This is one of Vietnam efforts in Tourism section aiming to exploiting measures of information, developing tourism in some major markets to attract more tourists in accordance with the plan of State Steering Committee on Tourism.

Speaking at the launching ceremony, Prime Minister Ho Anh Tuan said that with strategic relationship between Vietnam and England established since 2010, bilateral tourism development will be improved equivalent to two countries’ potential. 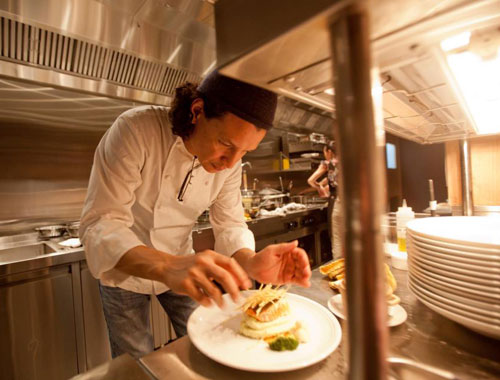 Bobby Chinn was born in 1966, New Zealand. He is a well-known chef with a lot of reality television programs such as World Café Asia and World Café Middle East aired on TLC, Bobby Chinn Cooks Asia on Discovery channel (America)

He is also an author of several books on Asian cuisine and has been actively organizing various activities to introduce and promote culinary Vietnam tourism. Bobby Chinn entered Vietnam many years ago and learned Vietnamese dishes. At present, he also owns a restaurant in London, England.