Xu xoa, or Xoa Xoa as they call in Hoi An is a featured dessert in the middle of Vietnam. Xu xoa is a kind of jelly made from the seaweed named Xu Xoa (or Xoa Xoa), it’s a dessert flavored by the ocean.

Xu Xoa, the familiar dessert of all people in the middle of Vietnam

To make Xu Xoa, local people harvest fresh Xu Xoa growing on the flooded cliffs on the ebb, however, they cannot always wait for the seawater to go down to harvest Xu Xoa since the plant only grows from the 12th to the 5th month of lunar calendar. 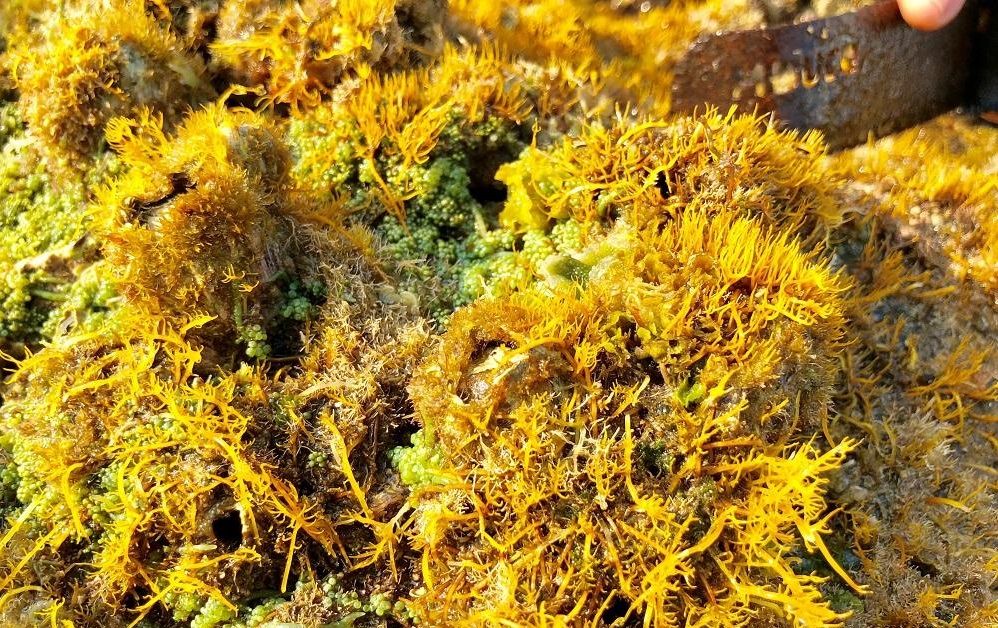 Xu Xoa only grows on flooded cliffs on seashore

After harvesting, it still takes a complicated process to turn the fresh seaweed into delicious jelly that any one who tries it once will fall it love with it immediately. Firstly, people have to “wash off” all the mud on Xu Xoa, this work does require lots of efforts because the mud clings very tightly to Xu Xoa, only a tiny amount of mud left on Xu Xoa could make the jelly stinky. When Xu Xoa is free of mud, it will be dried in the sun to save for later use. Everytime when people want to make Xu Xoa jelly, they just simply boiled the dry Xu Xoa until it is tender, then strain the mixture with a clean piece of fabric. 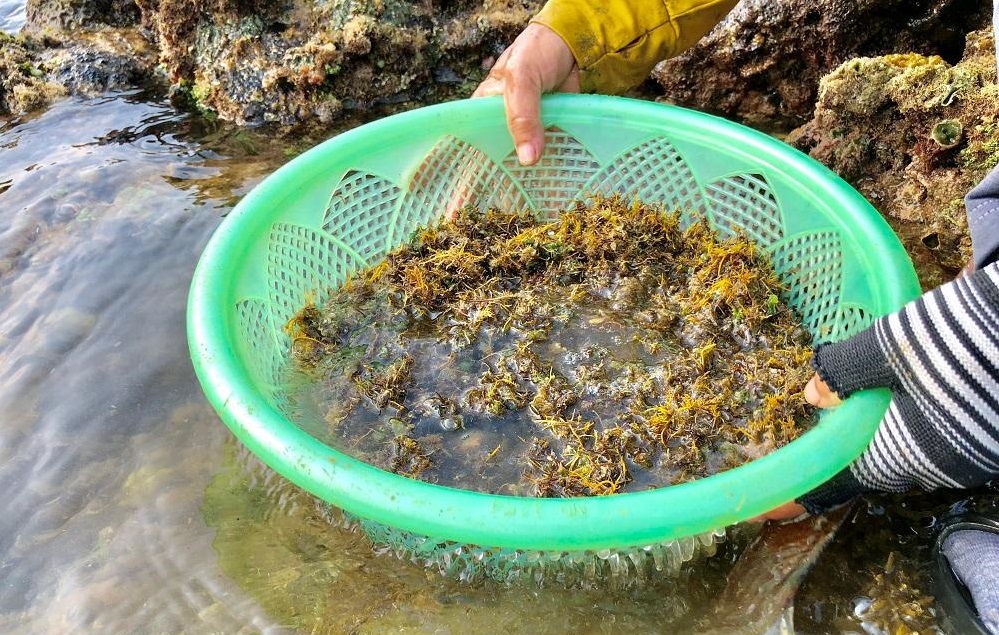 The liquid after being set aside at the room temperature for around 3 hours will freeze, turn white jelly, but it is yet to ready for enjoying. Now people will make the sauce from sugar and coconut juice, they boil the liquid with some slice of ginger to add the flavor, then the sauce will be pour into a bow or glass together with Xu Xoa jelly and it’s ready for enjoying. 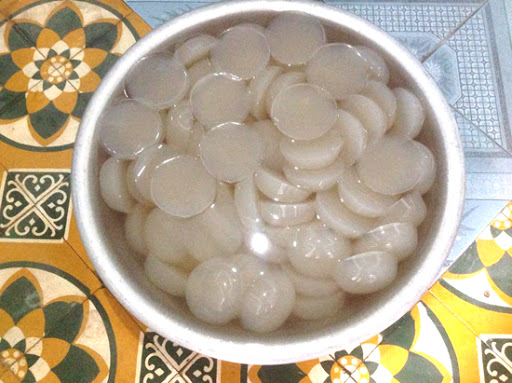 For a very long time, Xu Xoa has been a close friend of Middle’s inhabitants of all classes in the summer, what could be more tempting than a cheap bow of Xu Xoa that could defeat the summer heat in the air and inner your body? Xu Xoa has become a brand name of the Middle of Vietnam, it is simple, rustic and cheap but no less tasty than any luxurious dessert. 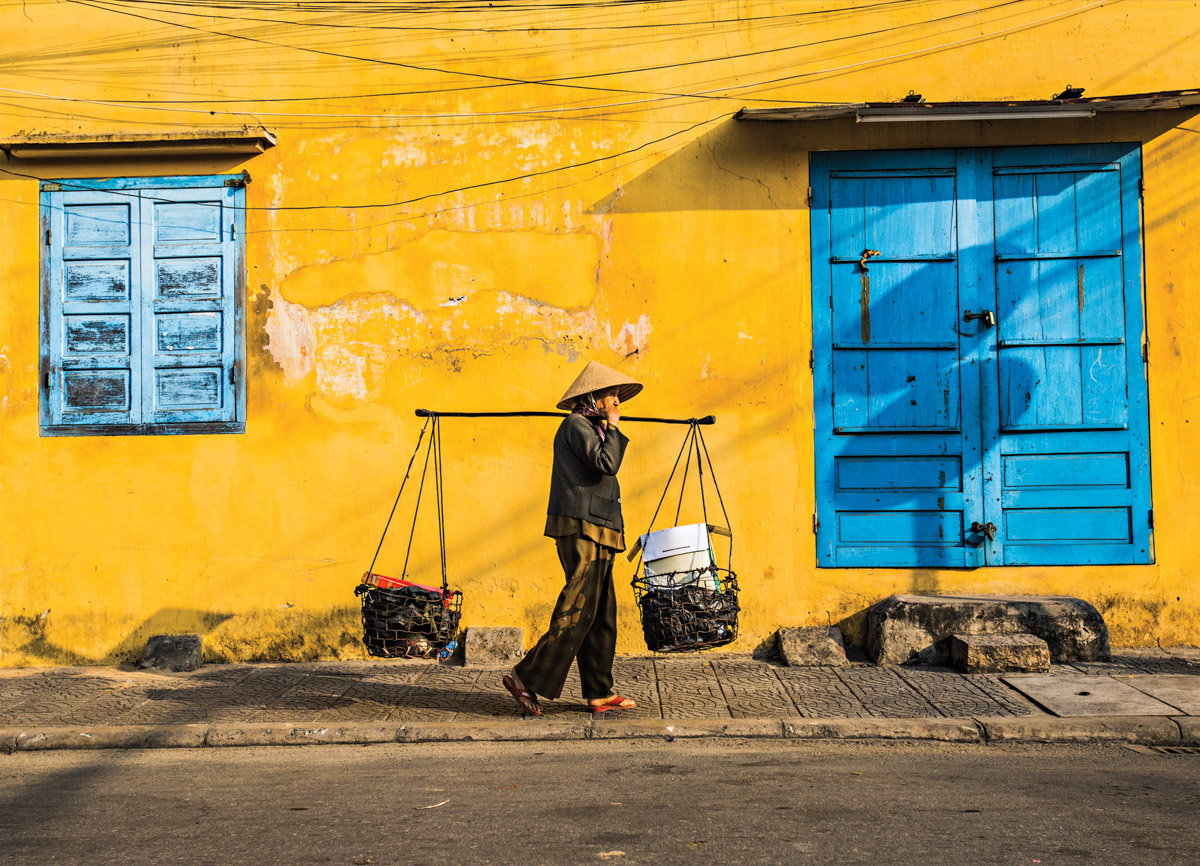 A vendor selling Xu Xoa at Hoi An ancient town

Xu Xoa can be find at any dessert stalls or vendors on streets in the Middle of Vietnam, especially in Quang Ngai, Binh Dinh, Nha Trang, Quang Nam and Da Nang. Due to the local appetite, each place has its own way of enjoying Xu Xoa, creating its own Xu Xoa. In Nha Trang you will find Xu Xoa served with Đác seed, in Da Nang they add pomegranate to Xu Xoa or in Quang Ngai people love to eat Xu Xoa with coffee milk. 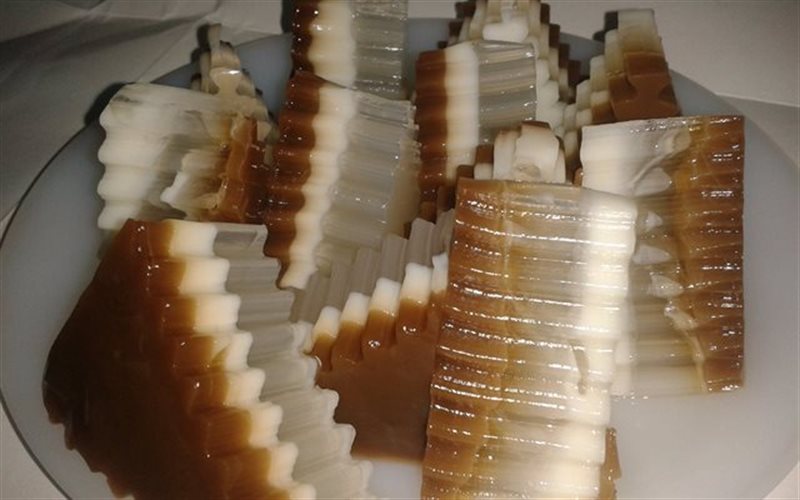 If you want to fully taste the flavor of the Middle land, Xu Xoa must be in your list of cuisine. It’s not just a dessert, it’s the culture living with the local people for long time. It’s a friend that helps to ease the summer heat which is always severe in the middle of Vietnam, and a livelihood of the poor strong local inhabitants who are smart enough to earn their living by selling the hometown’s delicacy.