Son Doong cave, a cave belongs to the Phong Nha – Ke Bang grotto system in central Quang Binh Province, has been discovered to be the biggest in the world. 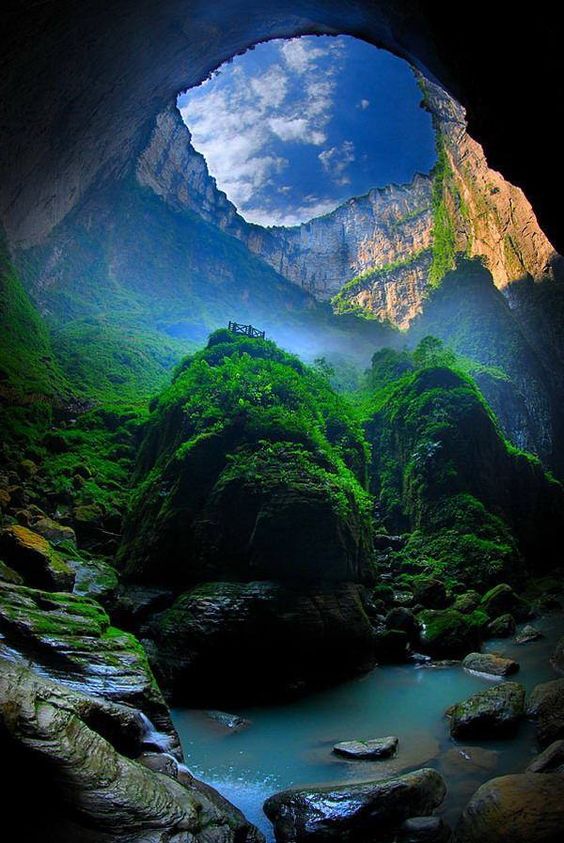 Son Doong cave in Vietnam is one of the most beautiful natural caves and the largest ever found in the world. Son Doong cave complex of Phong Nha – Ke Bang National Park located in Son Trach, Bo Trach district, Quang Binh province of Vietnam Son Dong cave is one of the largest natural cave ever found in the world. Who first discovered as a peasant named Ho Khanh. In 1991, he happened to shelter in this cave while looking deep into the fores. 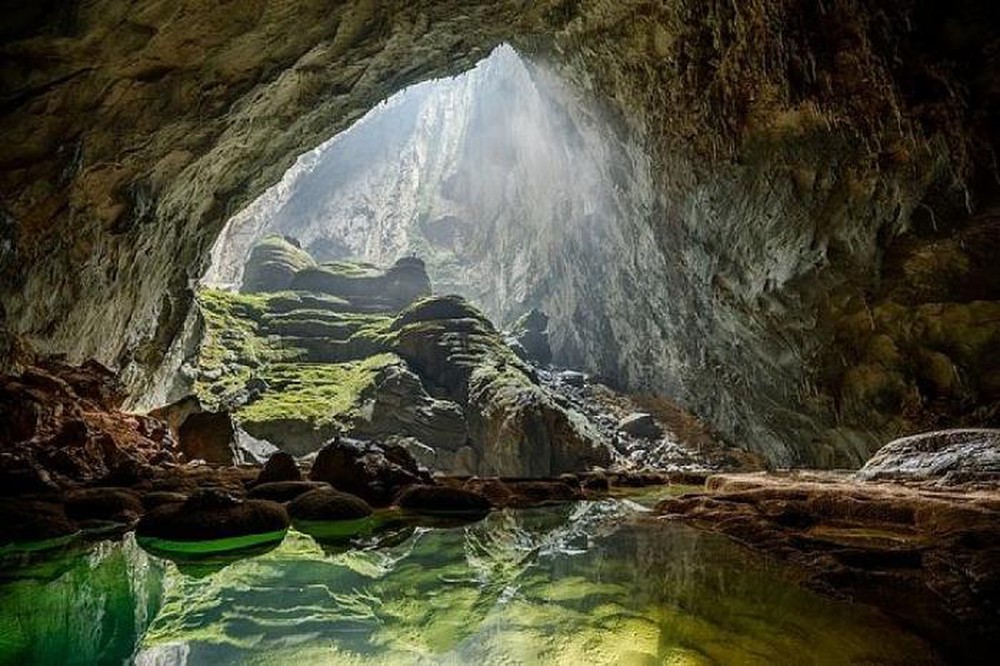 The cave is as twice as large as its runner-up, Deer Cave in Malaysia.

This giant is the champion in every aspect. The entire cave is approximately 9 kilometers long with the largest chamber of 200 meters wide and 150 meters high. With such a scale, Son Doong can comfortably host an entire city with NYC’s skyscrapers of up to 40 stories or allow a 747 to fly through. The cave is as twice as large as its runner-up, Deer Cave in Malaysia. Stalagmites in Son Doong are also among the tallest in the world with some towering over 70 meters high. 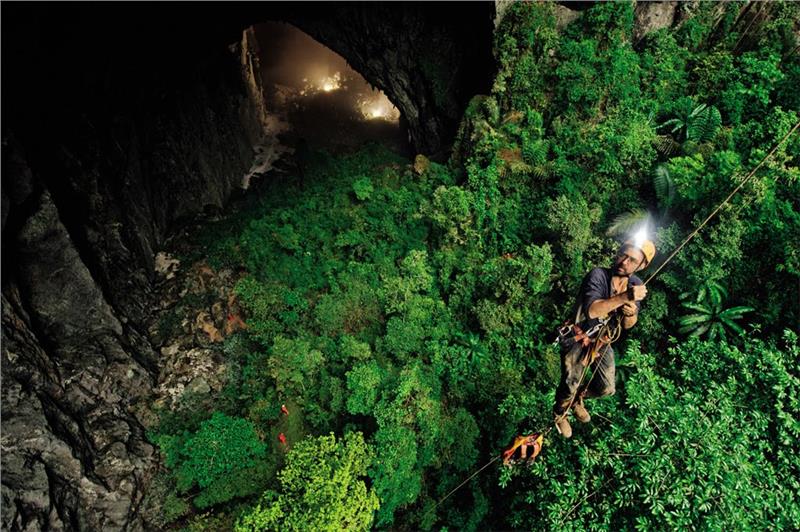 Son Dong is the most beautiful cave all over the globe.

Not only exceptional in size, Son Doong is also ranked by BBC News as the most beautiful cave all over the globe. If you have ever watched James Cameron’s Avatar, you may find Son Doong more or less similar to the scenes on Planet Pandora. Untouched by humans and abnormally large, Son Doong has its own river, jungle and climate. The huge temperature difference between the air inside and outside creates a constantly hovering clouds of mist that gives rise to a miraculous and surreal atmosphere. 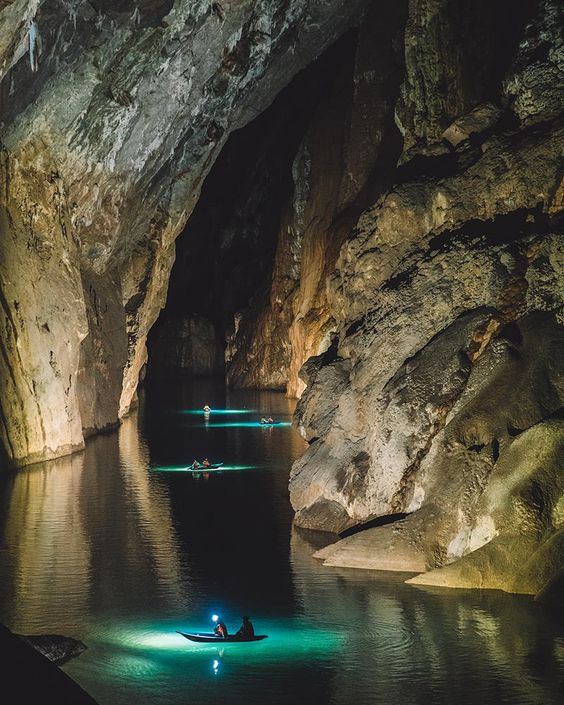 The river inside in the cave

In 2013, Son Doong became open for commercial expedition  Since then, it has attracted throngs of adventurers who want  to have the extraordinary and unique experience of discovering the biggest cave on Earth. 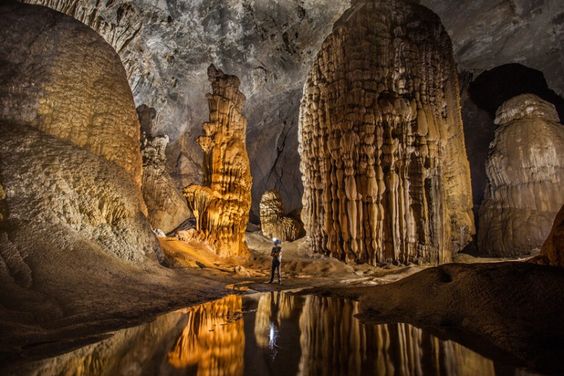 This place is attracted adventurous tourist from around the world

The best time to visit.

The best time of the year to visit Son Doong is from February to August. From February to April, the weather is cool and mild, perfectly suitable for trekking in the cave. However, it can be quite cold at night so be prepared to bring along some trekking jackets. From May to August, the weather is often hot and humid, making the expedition more arduous and challenging. From September to January, the cave is closed as the flood also makes it impossible to access to the caves during this time of the year. 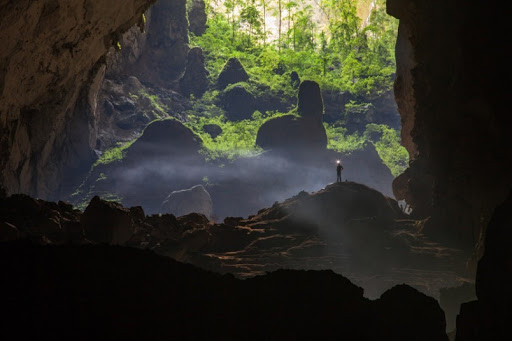 The huge temperature difference between the air inside and outside creates a constantly hovering clouds of mist that gives rise to a miraculous and surreal atmosphere.

In 2017, the New York Times labeled it among the world’s top eight travel destinations, while the National Geographic has it a national wonder in Aisa.