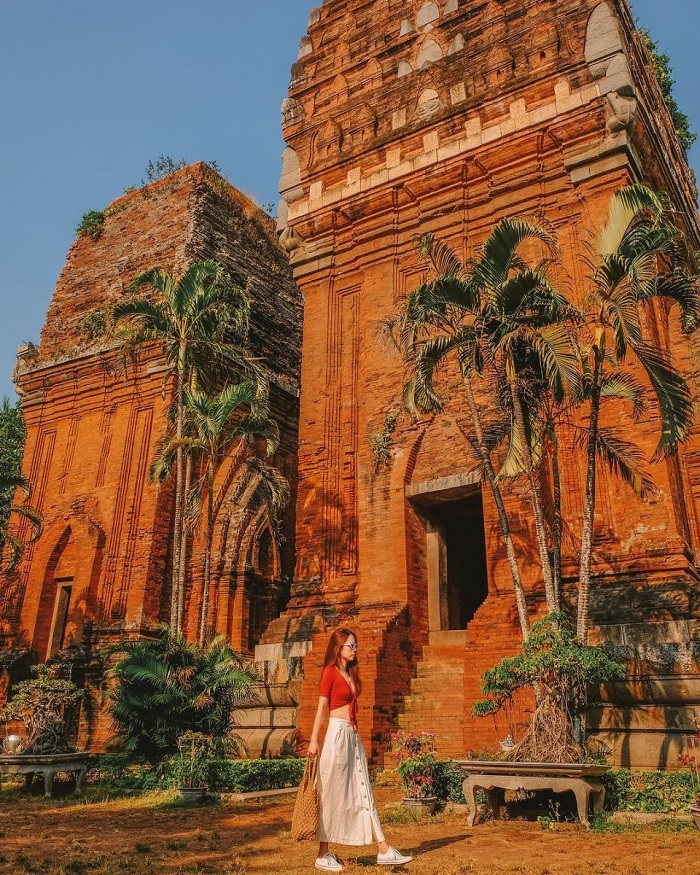 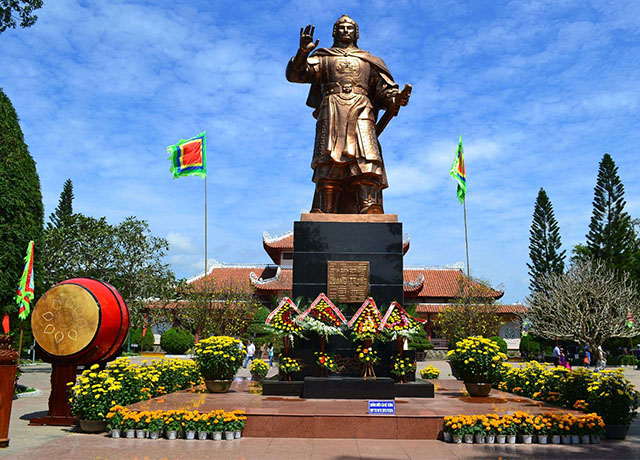 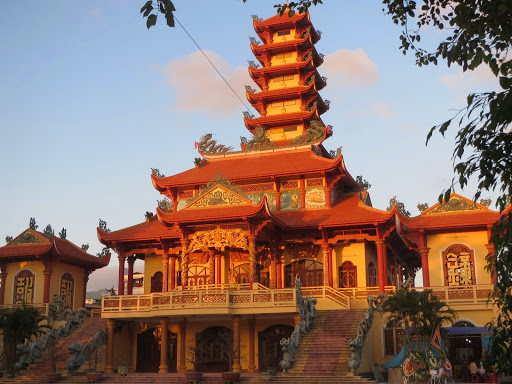 4. Queen Beach – The nature’s gift to Quy Nhon City
Queen Beach is located just 2 kilometers far from the center of Quy Nhon City so tourists can visit here straightforward by taxi of or bikes in a smooth and windy road. The Queen Beach has another name as Hoang Hau beach, these names of the beach are relating to the story about Queen Nam Phuong, the wife of King Bao Dai. She chose here to be her private destination holiday because of its beauty. Queen Beach has a lovely and luxury beauty as its name. Queen Beach is the gift that nature gives to Binh Dinh Province. The rocks of this beach are smooth and boast the round shape as giant bird’s eggs. That is the reason why Queen Beach used to be called Stone Egg Beach. 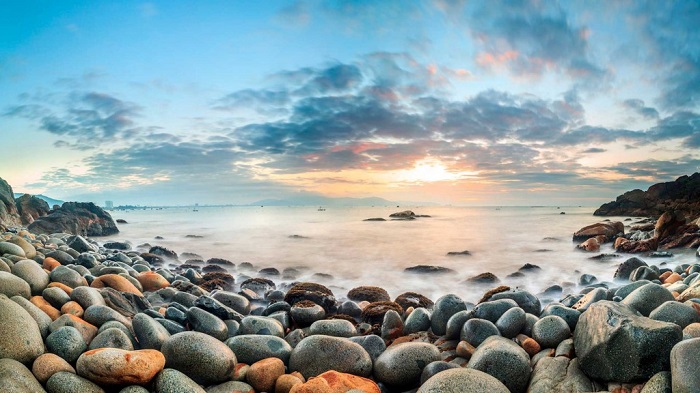