At house number 248 and 250 (no.13 and 13/1 in the past), Van Minh street, Quang Chau city, Quang Dong province is a place where first party members – a core class of party members were directly trained by President Ho Chi Minh. 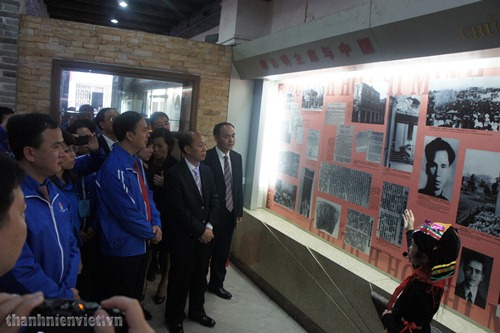 Monuments of president Ho Chi Minh in May village, Muong district, Nakhon Phanom province is a place where tourists and overseas Vietnamese in Thailand burn incense to commemorate the president in occasion of ceremonies, New year, especially birthday and death ceremony. They also come to know more about the life and career of the president, particularly in his working time in Thailand from 1928 to 1929. 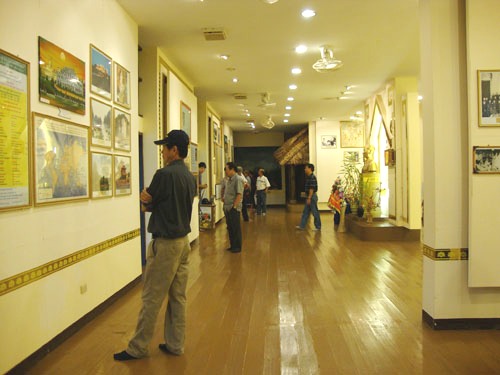 Tourists in Monuments of President Ho in Thailand

Monuments of president Ho Chi Minh in Noong On village, Xieng Phin commune, Muong district, Udon Thani province- where the president had stayed and had worked since 1928 under name Thầu Chín. Monuments of president Ho Chi Minh in Xieng Vang village, Noong Boc district, Kham Muon province was inaugurated and opened for public on May 19, 2012 on the occasion of celebrating the 122 birthday of the People. 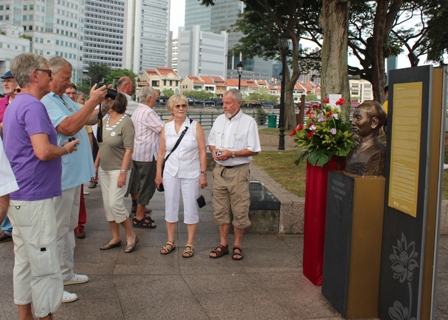 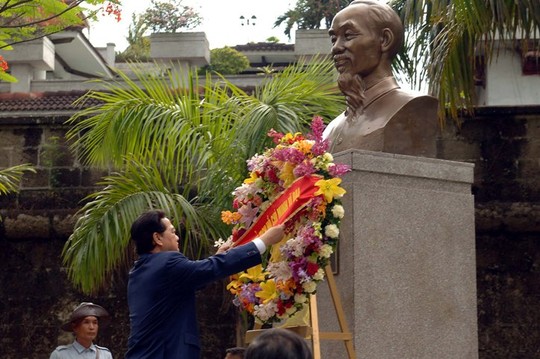 The statue of president Ho Chi Minh at Laguna State Polytechnic College, Manila was inaugurated on May 19, 2010 on the occasion of the president’s 120th birthday.

The statue of president Ho Chi Minh at ASEAN Park, Manila was opened for public use in 2011 to commemorate 35- year bilateral relations between the Philippines and Vietnam.