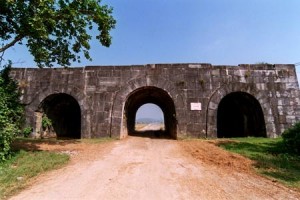 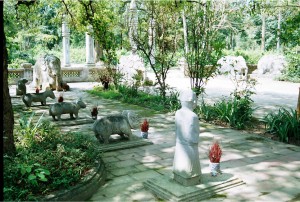 The citadel is considered as the only stone citadel in Southeast Asia and one of the few remaining in the world. On June 27, 2011, in Paris (France), The Citadel was inscribed on UNESCO World Heritage Sites.

The citadel met two criteria regulated in The World Heritage Convention in 2008. The criteria required that it has to show important exchange of humanity values through a period or in a world cultural area in terms of developing architecture, technique, sculptural art, city master planning or landscape design and in 4th criteria required it must be a highlight example of construction, architectural complex or technique or landscape in one or many historical periods of human being.

In the document of the World Heritage, the citadel is described a wonderful construction in terms of technique, large stone building art, and combination of traditional construction second to none in Vietnam, East Asia area and Southeast Asia in the period of late 14th century, early 15th century. Thanks to unique building technique, using sustainable materials and especially big stone blocks, the citadel has been well preserved in nature. This is one of few citadel relics in Southeast Asia which has not influenced by urbanization; landscape surrounding and architectural scale have been preserved both on ground and underground.

According to ancient document, the historical complex of the citadel has Thanh Noi, Hao Thanh, La Thanh and Dan Te Nam Giao.