Not far away from Ho Chi Minh City, Long An has both the beauty of Mekong Delta and the charm of the Southeast, which is suitable for exciting trips. One of the destinations can hardly be ignored when coming to Long An is Phuoc Loc Tho ancient village (Huu Thanh Commune, Duc Hoa district). 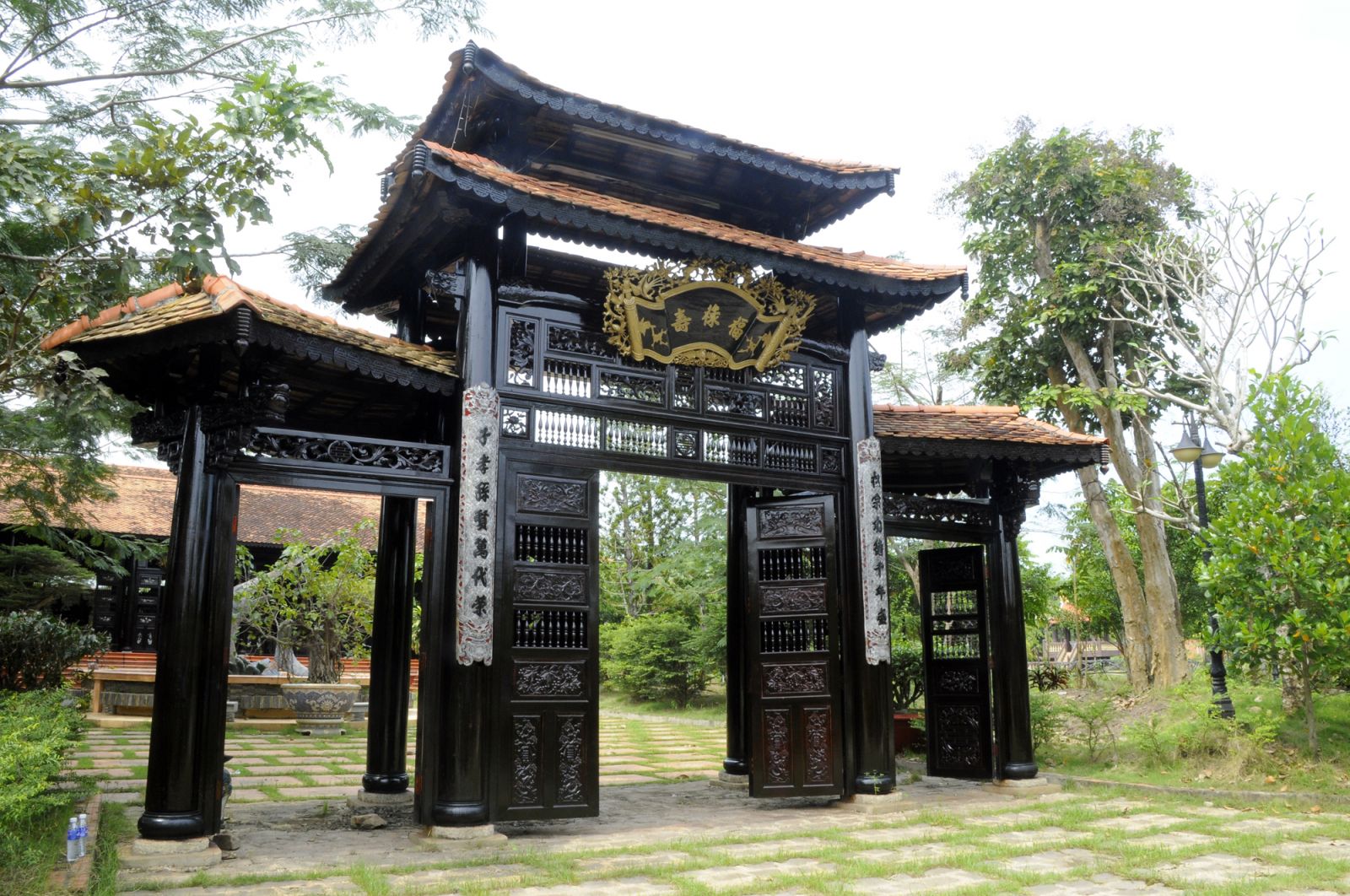 Phuoc Loc Tho old village is recognized as a tourist site with the largest number of old wooden houses with the most diverse architecture in Vietnam by the Vietnam Record Book Center. The construction of this village began in 2006.

This destination is set beside a peaceful and poetic river called Vam Co Dong. This famous river has been called into lots of reputable poems, history and was inhabited by Phu Nam inhabitants of Oc Eo culture. It is considered as a restful resort to relax and soak in beauty of nature. Therefore, this destination is always crowded by tourists, especially those who love ancient pulchritude and Southern traditional architecture to come here to exploit and compose. 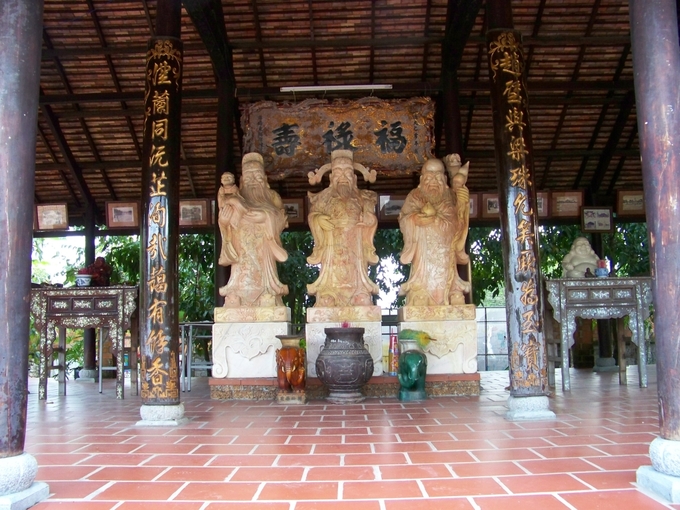 The main entrance to the village looks like an ancient citadel gate. Behind the gate is a big bonsai and a waterfall. From the main entrance, on the right, is a set of marble statues of Phuoc Loc Tho

Phuoc Loc Tho Village divided into two  distinct zones. The first one is a house bearing royal appearance, including  6 other houses which still remain unique style of Highland. The second zone is called the entertainment zone. Both in and outbound tourists can see more than 250 thousand kinds of orchids imported from Thailand, almost 20 hundred-year-old trees and many bonsai are placed in the middle of the lake with varied designs. 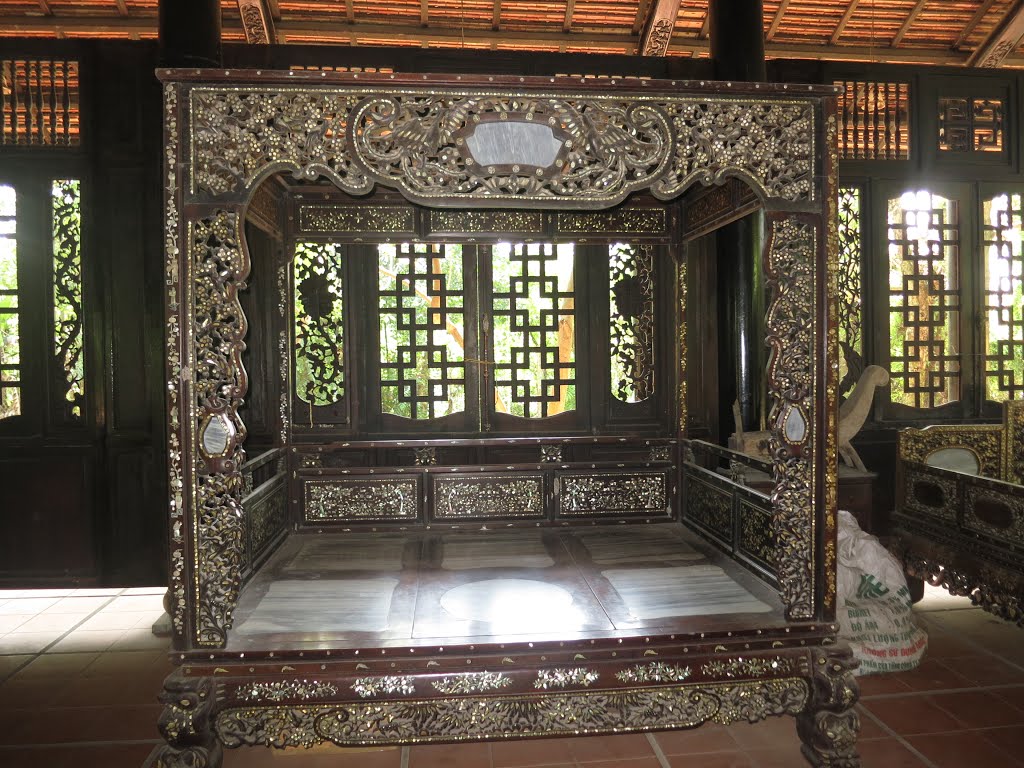