The Sword Lake and Mu Cang Chai are among 15 best places to enjoy the autumn in Asia. 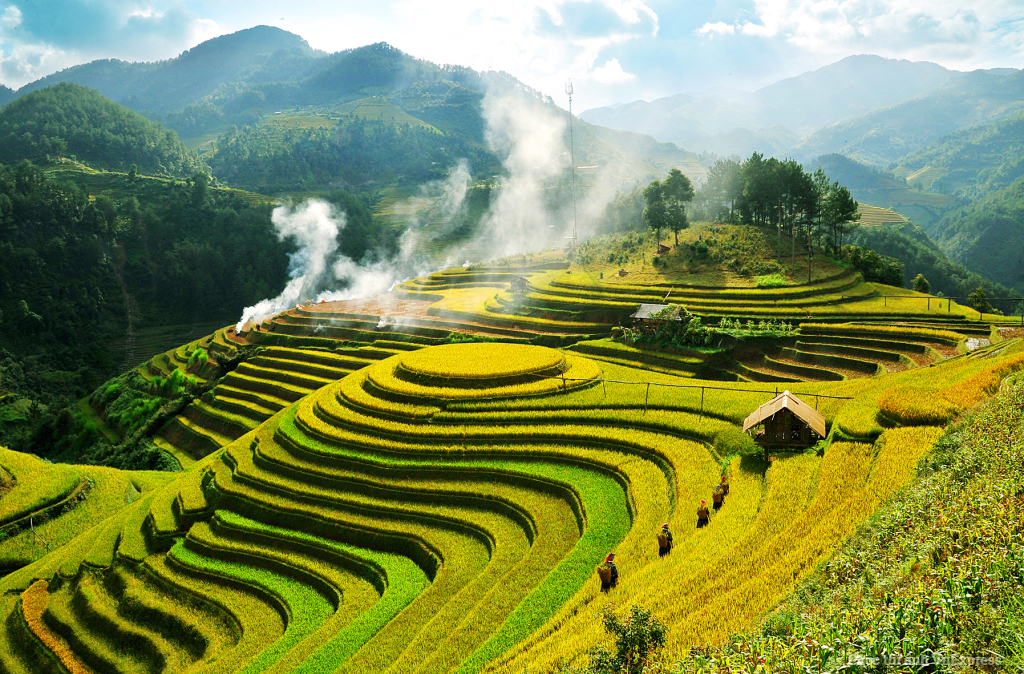 When autumn comes, the Hoan Kiem Lake, also known as the Sword Lake, is transformed into a romantic landscape by barrington acutangula trees glistening in “shades of red and yellow,” the site said.

The lake, which stands in the heart of Hanoi, is a few minutes’ walk from the Old Quarter. Legend has it that in the mid-15th century, a golden turtle god surfaced and asked Emperor Le Thai To to give back a magical sword that he had been given to drive away Chinese invaders. 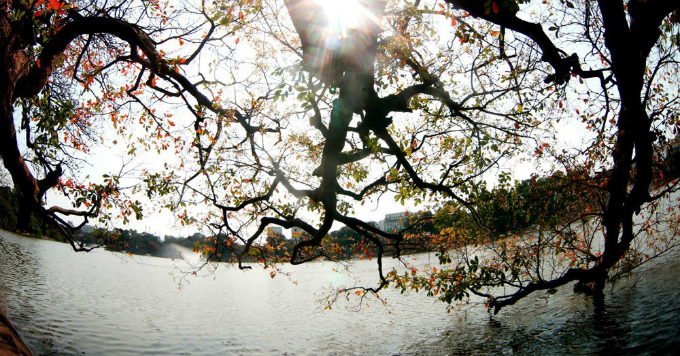 The Hoan Kiem Lake in Hanoi

The turtle then took the sword and disappeared into the lake. The Turtle Tower (Thap Rua), which stands on a small island near the center of lake, is linked to the legend.

Mu Cang Chai is a rural district about a seven-hour drive from Hanoi. It becomes a strikingly beautiful place from late September to early October when its terraced rice fields turn golden during the harvest season. 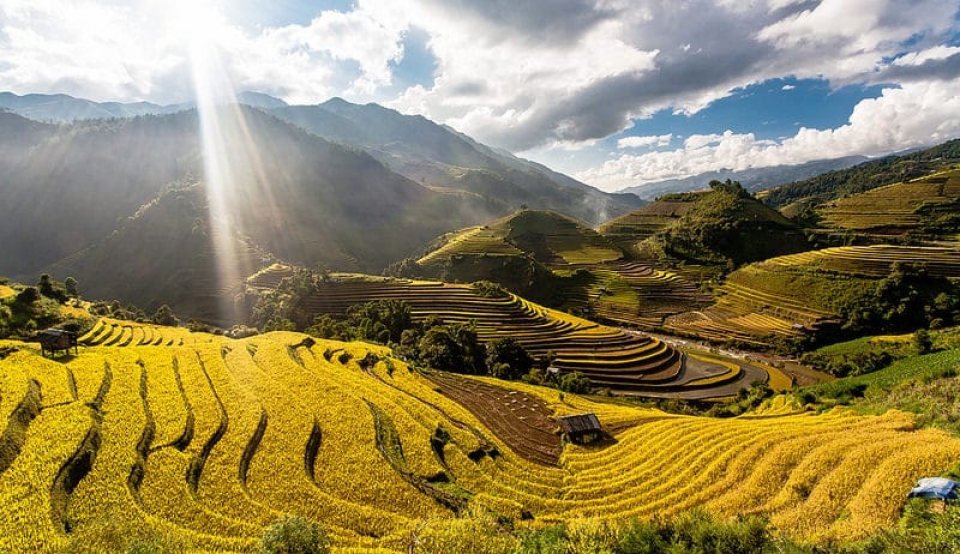 “These rice terraces turn different hues of green and golden yellow, and the landscape exudes a charm that cannot be replicated anywhere else in the world,” Tripzilla tells its readers.

Last year, Mu Cang Chai, where H’Mong ethnic minority group started carving rice terraces into the mountain range centuries ago, was named one of the 19 most picturesque peaks on earth.

Some other Asian tourist destinations that are highlighted as fall attractions are the Komyoji Temple and Metasequoia Namiki Avenue in Japan, the Asan Gingko Tree Road, Naejangsan National Park and Nami Island in South Korea, and the Great Wall of China.

The American news channel CNN last month urged visitors to enjoy fall in Vietnam, but at the sunny beaches of Phu Quoc Island in the southern province of Kien Giang.