Two Vietnam films: The Legend Makers and Dream Puff are chosen to take part in the ASEAN and Korean film week from 7th to 9th of November at Jakarta (Indonesia). 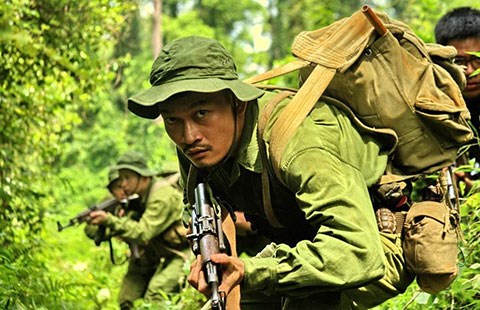 A scene in The Legend Makers

This is an activity within the framework of the 25th anniversary of diplomatic relations between the Association of Southeast Asian Nations – ASEAN and Korea held by the Korean Embassy in Indonesia.

The Legend Makers is woeful and majestic stories about the fate of those who pioneered the construction of oil pipelines cross the Truong Son in preparation for the big battle. The film is directed by director Bui Tan Dung ​​with the participation of actors: Truong Minh Quoc Thai, Tang Bao Quyen, excellent artist Hoang Hai, etc.

Dream Puff is directed by Nguyen Trong Khoa director. It won the first prize in the film making class Toto – Nurturing the future filmmaker held in 2014.

On the event of ASEAN and Korean Film Week, it is an opportunity for Vietnamese cinema to be introduced to Indonesia audiences.

In the framework of the program, the Film Week also screened films from the following countries: Korea, Thailand, Brunei, Malaysia and Indonesia.