If you visit Phu Yen, you should not miss Mang Lang, a French-built cathedral dubbed a “precious gem” of the central province. 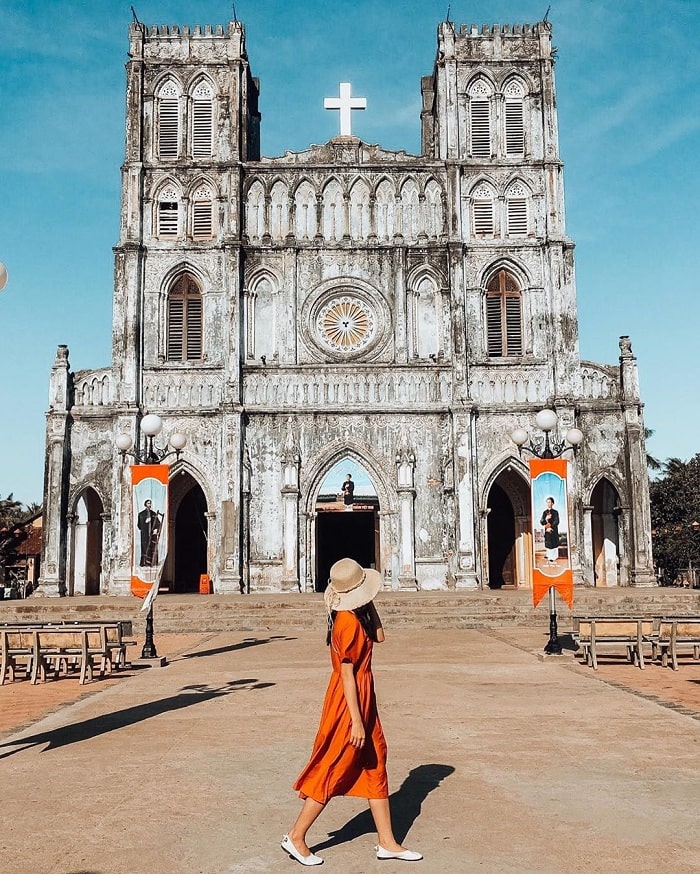 Mang Lang Church is a Roman Catholic church in Vietnam, Phú Yên Province, 35 km from Tuy Hòa. The church was built in 1892 by French missionary Father Joseph Lacassagne in the gothic style. This place was the native village of blessed Andrew of Phu Yen beheaded in 1644. It is now an important shrine, as Andrew has declared Patron of the youth.

The church’s name comes from a wild tree with big trunk, large groves, oval-shaped leaves and purple pink flowers which grow in An Thach Commune. They call that tree mang lang.
The church has been renovated twice, in 1924 after a storm and in 1992 when the church celebrated a century. The church still retains its original Gothic architecture with bell towers on each side and a cross in the middle.

The church is equally appealing behind its walls. It has stained glass windows with the cross and other Christian images with yellow arches along the corridors that run down both sides of the building. 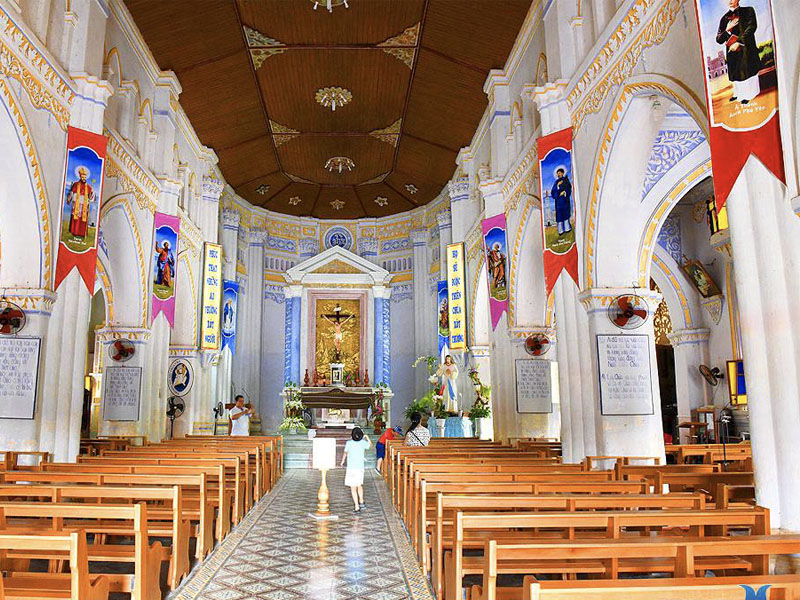 The combination of Eastern and Western architecture makes Mang Lang worth a visit and Catholics may want to peruse the documents about the life of Saint Andrew Phu Yen. His statue stands solemnly on a small hill in the church yard.

He was beatified in March 2000 by Pope John Paul II. Documents say he was publicly executed in July 1644 after a purge of Christians aged just 19, three years after he was baptized and 248 years before work began on the church.
To reach Mang Lang Church, tourists just travel on National Road 1A to Chi Thanh T-junction in Tuy An District, then travel ahead for two kilometres, making a right turn to Ngan Son Bridge. From the bridge, tourists go on a road along Ky Lo River for one kilometer and they reach this treasured building. 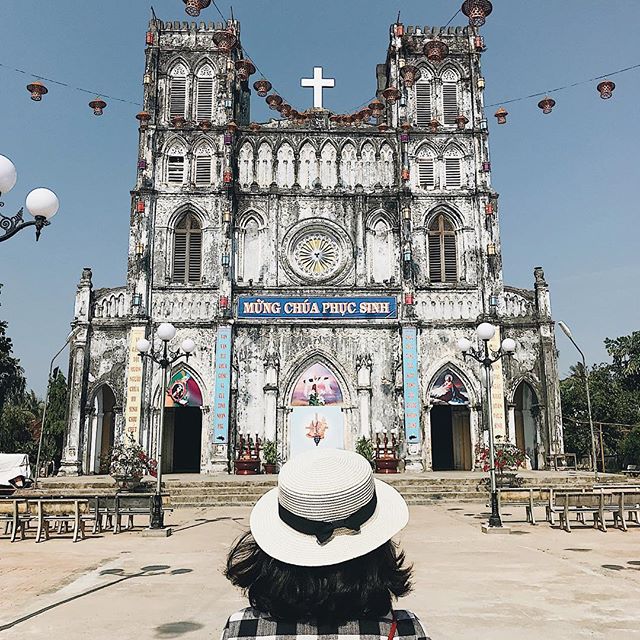