H’mong King’s mansion is located on the valley carefully selected according to feng shui. The mansion is listed as a national monument in 1993 thanks to its ages and special architecture. 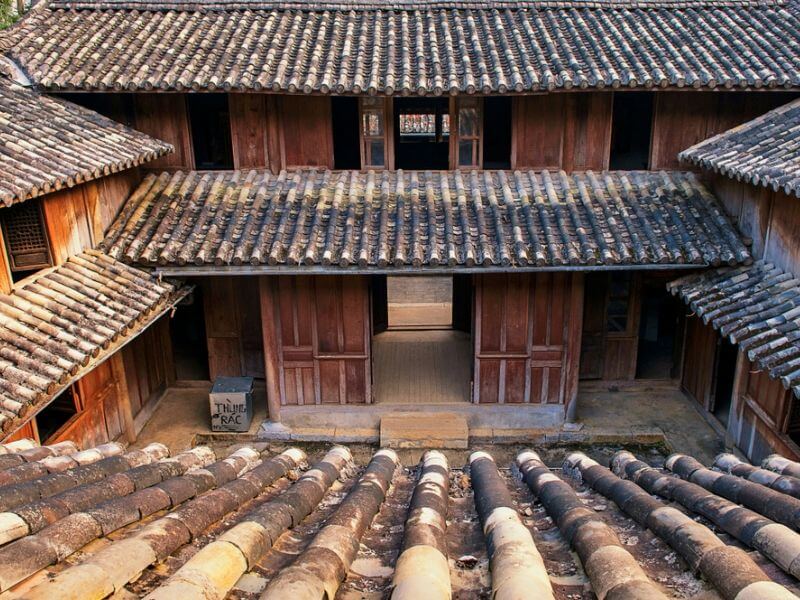 This is the home to Vuong Duc Chinh, who was honored as the leader of H’mong ethnic minority. The King earned a lot of money from from dealing goods, especially opium. Sa Phin is the middle point of opium from the Golden Triangle region of Myanmar Yunnan China to Indochina. He later set up his own army unit of loyal Hmong people and equipped them with weapons, which was the reason today we call he the King. 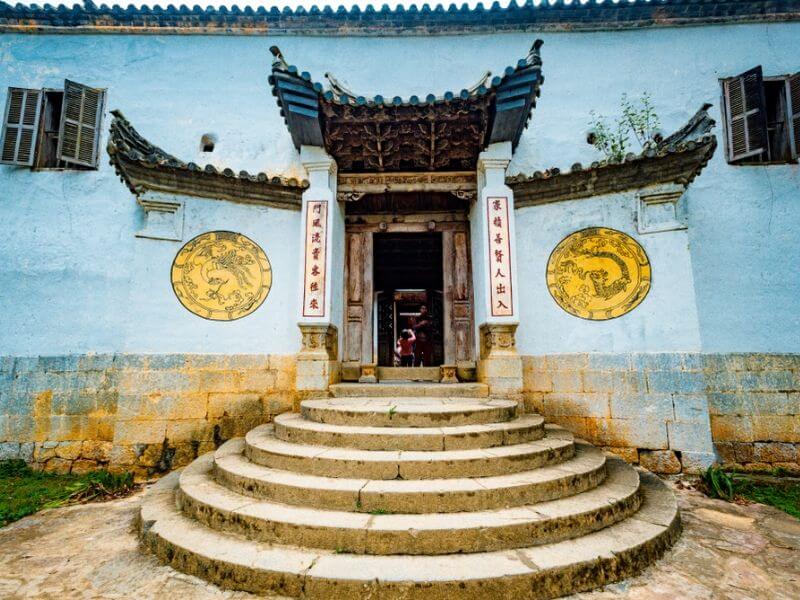 Llike the other land lords in the history, he built his palace, a mansion of his own as a way to enjoy his wealth and assert power. When embarking on building a mansion for his clan, he invited a fengshui master from China to survey the region and throughout the valley Sa Phin. The master chose this area saying the terrain here emerged as a turtle shell, which represents long life and wealth. 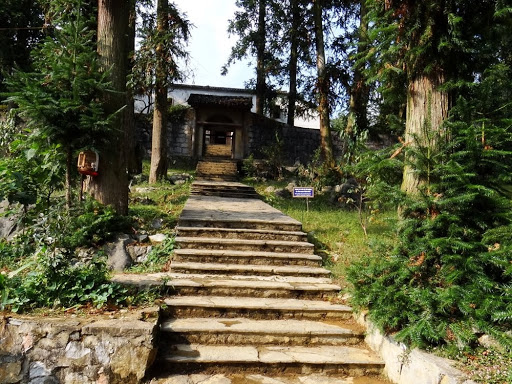 Stairs to the mansion

Over a long time of wars, many of the architecture works around were completely dissolved, but the King is still there, not a piece of bombs, bullets which fell into. There are opinions that the palace is located between the small valley, surrounded by a rocky mountain with sheer cliffs. Bullets were either stopped by this side or otherwise missed to the other side of the valley.

After selecting the land, the King spent 8 years and about 150,000 coins of silver. Most construction workers were from China and the most skillful craftsmen of H’mong. The wooden parts were sophisticatedly engraved which represented his wealth and prosperity. 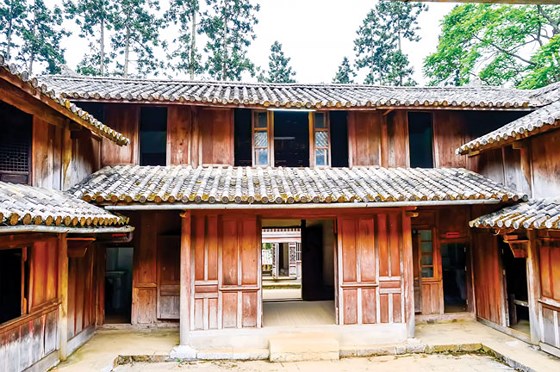 The architecture combination from H’mong, Chinese and French culture

Through the lines of ancient Sa Moc trees which stand pensively in front of the main gate, The palace were built with 4 horizontal and 6 vertical rows, 2 stories and 64 rooms. Over a long period of time, the building has partly been spoiled but still remains in its original figure.

At the back of the building are two horizontal rows on the two sides, linked together by doors. To protect his mansion, Vuong Chinh Duc also built stone walls with holes and post for his men to guard all day and night.

There were also a food store, underground room to keep opium, weapons and materials of living. Especially, the semicircular swimming bath is chiseled from a giant block of stone which was for the King to have his bath with goat milk. That’s why how difficult the road was that the King still had 555 cigarettes available.

There have been many stories mysterious even fabulous relating to Vuong family, for example, the walls are inserted gold inside.