The Government of Vietnam officially recognizes 54 different ethnic groups in the country, or 53 who are not Kinh, as know as the Viet, who comprise approximately 90 percent of the nation’s more than 95 million people.

Ethnic groups are classified as being members of one of eight language families – Han, Mong – Dao, Tibeto – Burman, Austroasiatic, Tay Thai, Kadai, Malayo – Polynesian, or the majority Viet speaking peoples. While some ethnic minority groups are struggling to maintain traditional culture amid and the influx of mainstream Vietnamese and Western influences, many ethnic groups are relatively easy to recognize, having maintained their unique languages, culture, lifestyle, and particularly, traditional, colorful style of dress.

Many other ethnic groups inhabit the highlands. While cultures vary considerably in the central region, shared characteristics include a way of life still largely oriented toward kin groups and small communities. Known collectively by the French as Montagnards ( highlanders or mountain people), these central highlanders have affinities with other Southeast Asians and have exhibited an intense desire to preserve their own cultural identities. In the northern uplands, the various groups have ethnolinguistic affiliations with peoples in Thailand, Laos, and southern China.

In the ethnic market

Highland groups, in general, have experienced little Chinese or Indian influence, although they absorbed some Western ( French and then American) cultural traits, primarily between the late 19th century and the early 1970s. By the early 21 st century, however, the active promotion of tourist, as well as increased availability of products from foreign markets, bringing new international influences into highland communities.

The voice of each group creates different languages, but due to Vietnamese ethnic groups live closely, one ethnic group may know languages of some others who has regular relationship while their own culture character. The diversification culture os ethnic groups are put in general unification rule – the rule of advanced growth of the country, like a united particularity in the common of philosophy category.

In Vietnam, Vietnamese is the official language. The largest of the northern highland groups speak languages belonging to the Tai language family and generally live in upland valleys. Thai, the national language of Thailand, also belongs to this language family. Hmong and Mien groups, who speak Sino – Tibetan languages, are scattered at higher elevations.

Confucianism, Daoism, and Mahayana Buddhism entered Vietnam over many centuries. Gradually they became intertwined, simplified, and Vietnamese to constitute, along with vestiges of earlier local beliefs, an indigenous religion that came to be shared to some considerable extent by all Vietnamese, regardless of region or social class. It is largely this religious amalgam that is practiced by roughly half of the population that identifies itself as being Buddhist.

Vietnam has a long coastline provides excellent harbours, access to marine resources, and many attractive beaches and areas of scenic beauty that are well suited to the development of tourism. The ethnic minority live in the mountain and the living conditions still low and difficult. The government has worked out specific policies and treatments in order to help mountainous people catching up with the lowland people. and make great efforts to develop and preserve traditional cultural identities of each ethnic group. 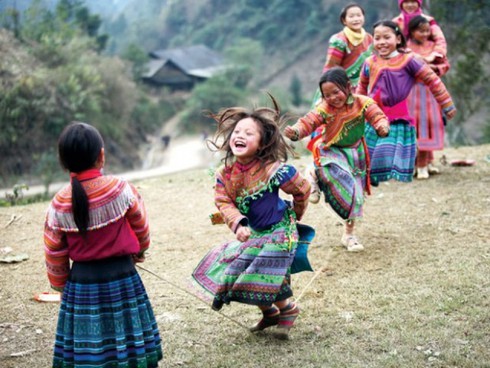 Especially, the regions that are home to many ethnic minorities have breathtaking landscapes, spectacular rice terraces, limestone mountains and impressive waterfalls that make them ideal locales for sustainable tourism activities. They can make a service such as an offer tourist the chance to learn about and experience the culture, work environment and lifestyle of local villages. 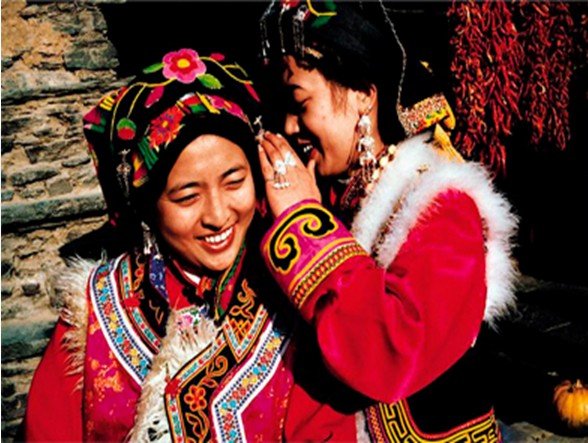 There will have a traditional dress in each group. For example, Back Thai women wear green, blue, pink or purple blouses with a distinctive row of buttons, a black skirt and black scarf. Thai people have a great heritage of myths and ancient legends and love to sing and perform folk dances known as Xoe, Sap, and Han Khuong. Women of the Red Dao sub-group are easily identifiable by their triangular red turbans or scarves decorated with silver coins and red tassels. The men usually wear long pants, shirts and headscarves.

For Vietnam visa on arrival  Govietnamvisa.com