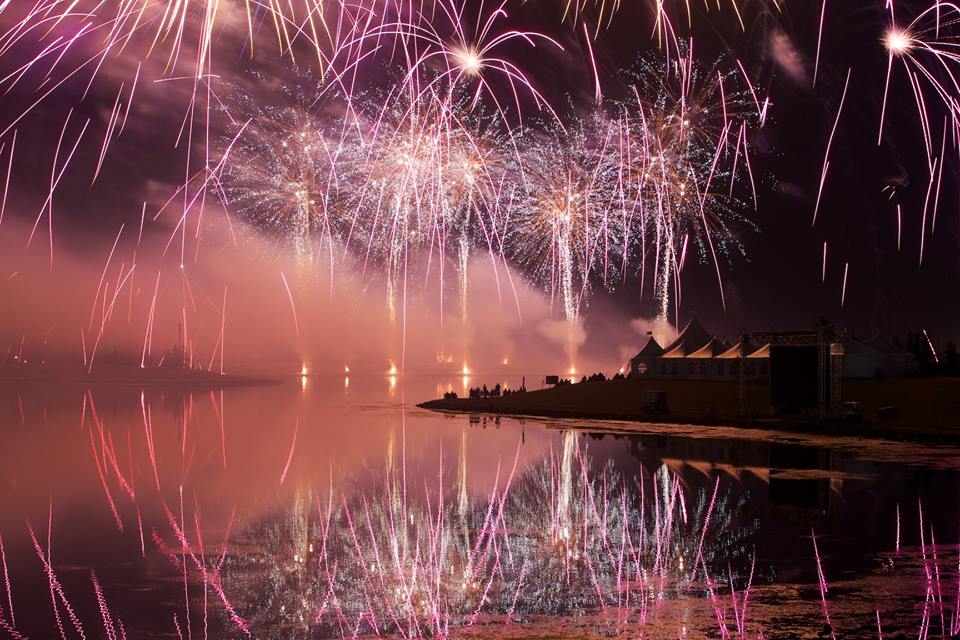 That is congratulation from Canada embassy in Vietnam on its official Facebook page. And website of GlobalFest.ca also launched this information.

The “Best Of” Award is decided by a team of adjudicators lead by team leader Jacqueline Bell. Coming from a number of backgrounds, adjudicators aim every to provide the most fair and balanced decision on the best pyrotechnical display of the year.

GlobalFest 2014 took place in 5 nights in the city of Calgary, Alberta province, and south of Canada which has been the host of Winter Olympics 1998.

The fireworks festival was organized in 1993 but until 2003 it was really famous, involved more than 10,000 locals and tourists, 3 competitors and 10 cultural booths.

GlobalFest 2014 plays an important role in non- profit social activities which aim to display and reserve cultural and art diversity of Calgary ethnic groups as well as of the world. A destination- a cultural gathering place of the world is the goal of GlobalFest.

Vietnam warmly welcomes you to enjoy Vietnamese cuisine and to make your trip in smooth water, turn your plan into real by quick hands to obtain Vietnam visa at http://govietnamvisa.com and for Vietnam eTicket at http://vietnamairlines247.com/.