The Traditional And Modern Glow Of Vietnam On US Magazine. Photographer Catherine Karnow who are familiar to the Vietnam public through the photo General Vo Nguyen Giap, just had an impressive picture gallery about Vietnam on National Geographic magazine. 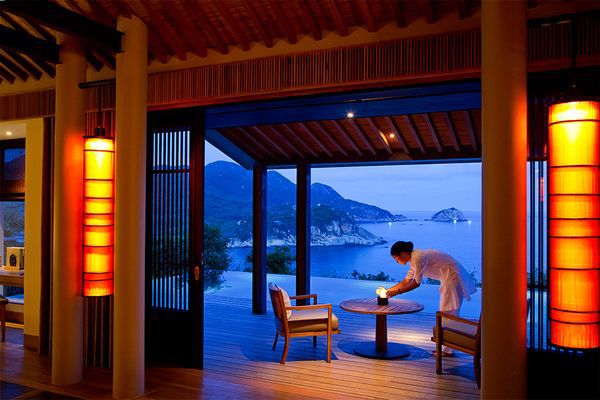 This is one of luxurious resorts in Ninh Thuan with private villas with individual swimming pools. Almost photos up on National Geographic were taken in 2014 by Catherine Karnow when she came back Vietnam to do a series of Vietnam tourism on this magazine. At present, such these photos are shown at Art Vietnam Gallery named “Vietnam- 25 years of a changing country” until the end of May 8, 2015. 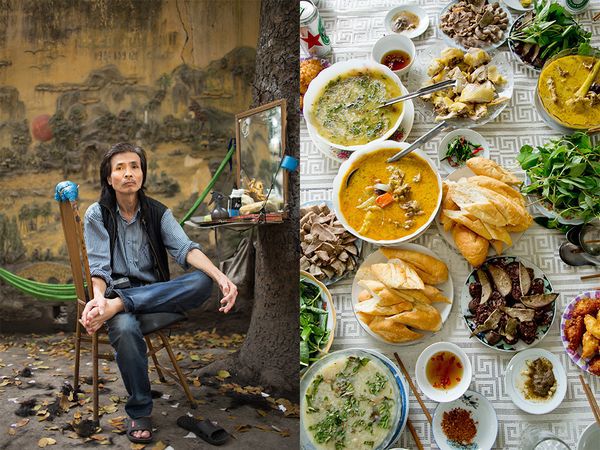 The left photo is one of her most favorite ones. In the photo is Mr. Bui Pham Quat- a barber in Hanoi. Although the society is changing at breakneck speed, many things seem timeless. It is the image of hair cutting stores opening even on pavements of Hanoi. When taking this photo, Mr. Quat said “even a barber also has an artist in the soul”.

On the right is a meal made entirely from agriculture by a family in the Mekong Delta including green vegetables and chicken. Curry dish was made from coconut milk – specialty of the southern lands. Catherine said: “This kind of baguette bread is everywhere and as good as in France as well.” 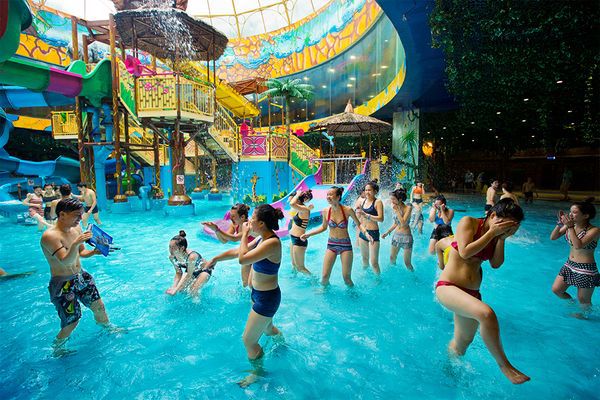 Visit the water park in Royal City Trade Center (Hanoi), Catherine was quite surprised of fans group from high school to playing before the phone camera placed in a waterproof bag from a friend. She described: “One of the top largest water parks in Southeast Asia, cheerleaders, a smartphone, placed in plastic bags, all creating a new face for Vietnam”. 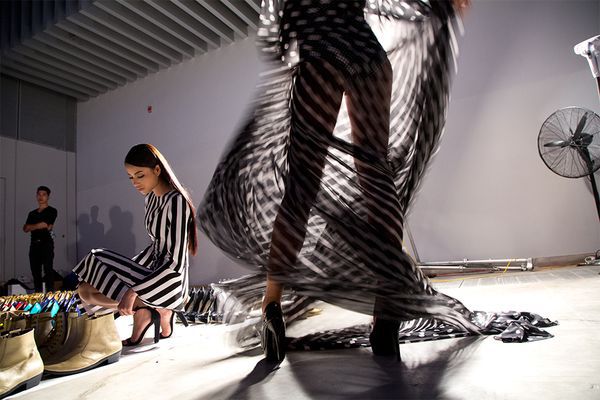 On the picture is backstage of a fashion show by designer Do Manh Cuong, models were preparing to catwalks. Catherine recalled: “I photographed the first fashion shows in Vietnam in 1994 with models wearing bathing suits. This is very strange to the audience at that time and they felt shocked. The light, stage as well as performing technique are quite rudimentary. Currently, we have a lot of events where spectators wear senior costumes of many well- known fashions. ” 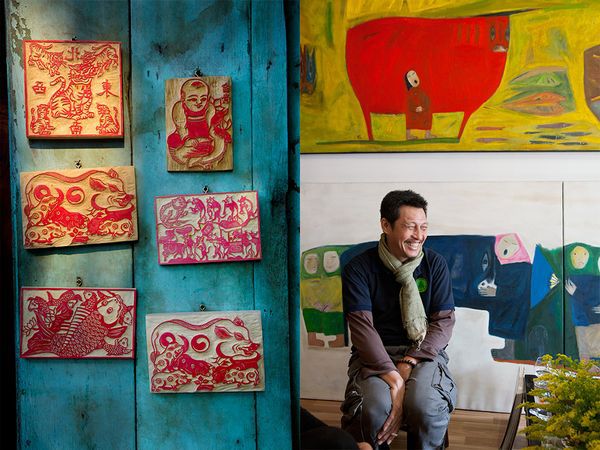 At a small shop in the Old Quarter, the handmade wooden carved stamps (left) were sold for both decorative purposes and auspicious wishes, such tiger shapes to ward off bad luck, and Buddha shapes bring happiness and health.

On the right is the artist Ha Tri Hieu – one of the pioneers of contemporary art Vietnam and behind the painting of rural Vietnam which was simple but full of poetic. 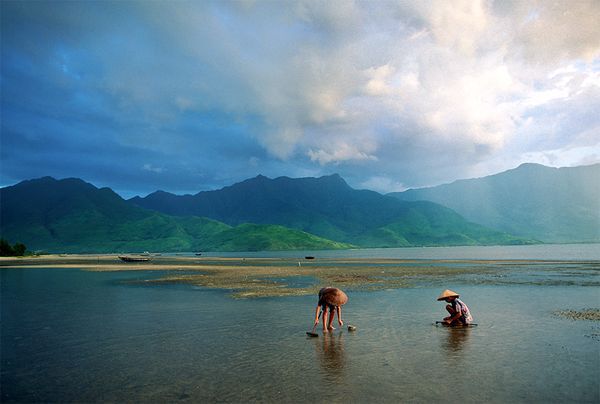 In central Vietnam, near Lang Co Bay and at the foot of Hai Van Pass, two women were groping clams to prepare dinner for the family. 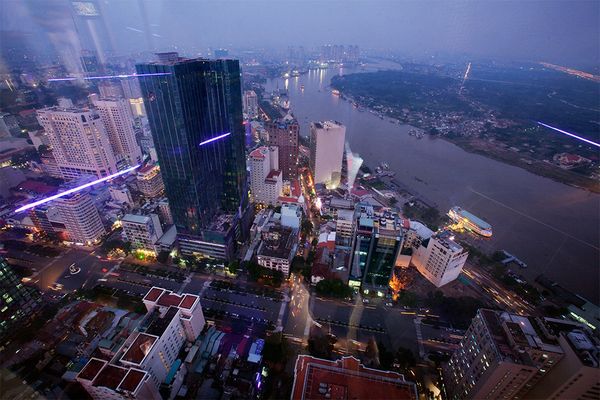 Has visited Vietnam 15 times, Catherine felt markedly the change of her favorite land. She shared on National Geographic: Seen from the 68-storey Bitexco, one of the highest buildings in Vietnam, you will see the appearance of Ho Chi Minh city changing dramatically every year. Previously, French- modeled mansions were situated along the banks of the Saigon River. Today, it has a tunnel connecting downtown with the suburbs of the city.