Built in the 17th Century, Keo pagoda is located in Thai Binh province, a small province more than 150km to the southest of Hanoi. Coming here, you can experience lots of traditional rituals, religious ceremonies and cultural performances which reflect the lifestyle of inhabitants along the banks of the North Delta of the Red River.

The Legend of Keo Pagoda

It is said that a humble fisherman in the 11th century achieved enlightenment as a Buddhist monk and could thereby fly, walk on water and tame snakes and tigers. The fisherman is Duong Khong Lo later is said to save King Le Thanh Thong from an odd disease using his magic powers. Nearly 1000 years later, residents of Vu Nhat Commune, Vu Thu District, Thai Binh Province still honor the Buddhist hero with a festival as mystical as the legend it recognizes. 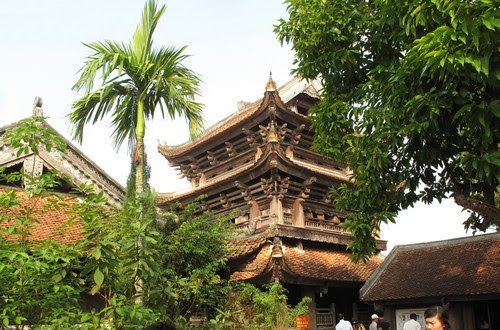 Every year on the 13th, 14th and 15th day of the ninth lunar month, local people hold a festival which attracts lots of visitors from surroundings and even far away places. They flock here to offer prayer at the Keo Pagoda in honor of the Buddhist monk. 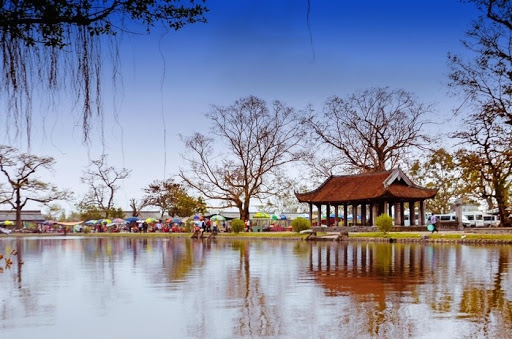 Like most of Buddhism related events in Vietnam, Keo Festival commences with a procession of palanquin to remind people of the anniversary of Khong Lo’s death, then a boat race and a literary recital competition during the day.

When night falls, it’s time for music and a trumpet and drum competition, light from the main shrine illuminates preparations for the next day’s procession, prayers are offered until midnight.

On the 14th day of the ninth lunar month, in celebration of the birth anniversary of monk Khong Lo, in the morning, the procession ceremony comes after the incense-offering ritual.

A carriage pulled by two pairs of white and pink wooden horses head the procession, accompanied by 8 flag bearers and 42 men carrying bat but luu bo, a classical Vietnamese weapon. Four people wearing black gauze outfits and white trousers, who carry a dragon in commemoration of Khong Lo’s journey by boat to the capital of the kingdom to treat King Ly Nhan Tong.

Four people in the same outfit carrying a small gilded boat put in a stand, depicting the period of monk Khong Lo’s life when he was a fisherman. In the afternoon, at Gia Roi shrine, the mua ech vo (frog-catching dance) ritual pays respect to the gods, while incense is offered to Buddha.

The festival continues into the next day with further entertainment and traditional games such as duck catching, rice cooking competition and firecracker hurling competition.

However, the most interesting performance that attracts a large number of tourists is the boat rowing dance on land which is performed by 12 people in fine costumes, standing in two parallel lines like the way they sit in the boat.

As one performer beats a small drum and another holds a wooden fish, the 12 performers “row” while flexing their legs and calling out rhythmically. This performance also puts an end to the three-day Keo Pagoda Festival. 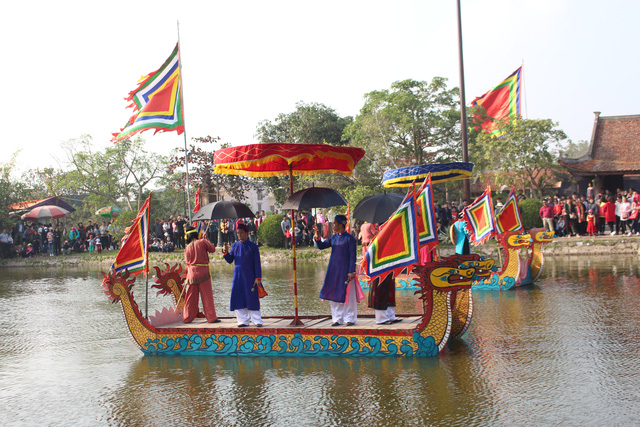 An activity of Keo festival

The best time to visit Keo Pagoda is between 13th and 15th of the 9th month in lunar calendar. This is the time when local people celebrate traditional festival to commemorate 100 days of Buddhist death. So, there will be lots of people coming here to join the festival.

Keo Pagoda in Thai Binh Province deserves to be a well-known destination for people to visit. It is such an interesting historical site that tourists should not skip whenever coming to this province.